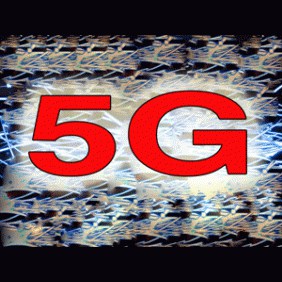 As of the present decade, mobile broadband networks have been created to cater to the needs of the people. However, 5G has been created keeping the needs of machines in view, offering data transfer with increased efficiency and lower latency. While 4G has a delay of 50 milliseconds, 5G data transfer will offer a delay of about only one millisecond–maybe some of us won’t notice this variation, but it might help machines to achieve near-seamless, if not seamless, communication which in itself may become huge trouble for humans and their planet.

The Electromagnetic Spectrum and Need for EMF Protection

A photon is a unit measurement of light. The level of danger posed by these photons is related to their energy levels. The spectrum of Electromagnetic Radiation consists of traveling photons. Because the behavior of the photons differs with the energy level associated with them, so does the EMR level which necessitates EMF protection.

The waves having the highest energy levels in the EM spectrum are the gamma rays. Gamma rays have the ability to penetrate cells killing them; although they have implications in cancer treatment. Gamma rays can excessively harm you if you do not take the necessary EMF protection measures. The radio waves along with ELF (Extremely Low Frequency) waves, when compared to the gamma waves, signifies the other end of the EM spectrum. The radiations at the lowest end of the EM spectrum do necessitate EMF protection but for different reasons when placed very near to the human body. These are considered thermal and non-thermal emissions that give rise to an electric current in the human body.

Faster processing speeds are only possible with more bandwidth, yet our current frequency bandwidths are rapidly being saturated. The concept of 5G is to make use of the untapped bandwidth of the tremendously high-frequency millimeter wave (MMW), from 30 to 300GHz, in addition to some mid-range and lower frequencies.

The physical properties of High-frequency MMWs only allow them to travel a short distance. Additionally, they are unable to travel satisfactorily through buildings and tend to be absorbed by an object in their path, leading to interference of the signals. Thus, the functional infrastructure, in this case, would require many smaller, hardly obvious cell towers situated in close proximity to each other, with more input and output ports than there are on the larger, easier to see 4G towers. This would mean wireless antennas every few feet in your neighborhood.

5G will require more, closely placed cell towers to function correctly, giving you endless capabilities. However, according to some health experts, this could also be a recipe for a human health disaster.  With the precise tests linking 5G exposure to health ailments still in premature stages, we already know 3G and 4G are to be blamed for health issues in adults and children around the world.

The radiations from cell phone towers can cause headaches, congenital disabilities, heart conditions, loss of memory, and cancer, according to safespaceprotection.com. There is data suggesting the closer you live or work near a cell phone tower, the greater the risk to your well-being.

Research conducted in Germany evaluated 1000 residents living near two cell phone towers for about a period of 10 years. The results concluded that during the last five years of the observations, researchers revealed that residents living within 400 meters of the cell towers had a rate of cancer diagnosis 3x higher than those who lived elsewhere.

Our electronic devices for communication that function with WiFi like smartphones, tablets, laptops, and computers, generating levels of ELF and Radio Frequency (RF) Electromagnetic Radiation. While someone maintains a distance of approximately a foot away from the device, the EMF has very little potential to affect their body. However, it seems practically impossible to maintain a distance of a foot from your laptop, or device. A degree of EMF protection, in these cases, is thus required.

Several types of research have concluded evidence that endorses the dangers of Electromagnetic Radiation. However, thankfully, EMF protection is easy to obtain but due diligence is required to ensure the right protection is used. Try to place your phone on speaker or use your laptop over a table. EMF protection is a must if someone is in the habit of frequently placing their laptop in their lap. If you are not using speakerphone or any other means to maintain a safe distance from your cell phone during calls, cell phone radiation protection such as the RadiSafe is a must have..

You won’t believe how EMF affects your body.

Be the first to comment “What is 5G Technology and Does it Increase the Need for EMF Protection?” Cancel reply