David is co-founder, and director of Life Energy Designs, also known as Lifeenergysolutions.com that was started, together with his wife Margie, fro 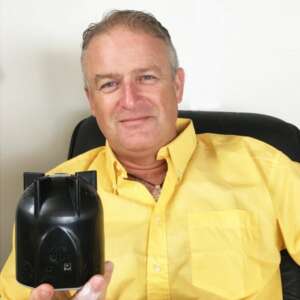 m his vision for helping people when they came to New Zealand from Kenya in 2003.

When David left Bradford University where he studied electronics, he wanted to see a different view of the world from academia. His travels took him to Germany where he turned his examination standard German into native fluency, then he spent his time between Spain and Gibraltar living and working, learning Spanish, and soaking up the Mediterranean way of life.

After becoming a Padi Diving Instructor David went first to Cypress then on to the Bahamas and Virgin Islands. It was while in the Bahamas he joined a team of Dolphin researchers on their boat and his love and respect of Dolphins began.

After a cold winter in Toronto Canada David returned to the UK where he met Margie, and his travels were halted – for a while.

But eventually after a few years which saw him running a business with Margie the travel bug bit David again. It was a holiday in Kenya that initiated selling their business, and everything surplus to their immediate needs and hit the road for the unknowns of African life.

They had no plan other than David’s wish to spend time with the Kenyan Dolphins. Believing that we create our own reality, without doubts  that is what they did by starting Dolphin Dhow, a dolphin spotting and swimming  tours business intended to provide just enough money to live on. However, it soon provided more than merely a  sustenance living. David’s love and knowledge of dolphins and the couple’s ethics in treating people as they would want to be treated saw the business grow into eventually owning three traditional Arab sailing Dhows which seated with the amenities to provide food and drinks for seventy-two people, while employing forty people to facilitate this.

Present David with a problem and he needs to find a solution – always. The problem in Kenya was that where he and Margie were living and building their business was disturbed energy because it was on the site of a burial ground for slaves. They were experiencing psychic attacks and Margie was having constant night terrors. In searching to solve this David ‘discovered’ Organite, made it, which not only harmonized the disturbed energy but lay down the seeds for the new business they would start in New Zealand.

Although Dolphin Dhow was a success nothing had prepared them for the terrorist attacks on Nairobi that impacted tourism stopping it overnight. Added to this was the corruption, an accepted part of doing business in that part of the world, which was strangling their core beliefs, so they decided to move on. The business was sold.

David still had not lost his desire to see more of the world, New Zealand beckoned, it became his and Margie’s new home –  Life energy Designs was born.

With the knowledge he gained in Kenya about Organite David was able to expand on it seeking new directions and applications. His knowledge of electronics saw, and still sees, him inventing and experimenting. Over many years the Quantum Scalar Box, the QSB, was developed, based on Quantum physics and Tesla technology,  and in the five plus years it has been on the market it has helped hundreds of people as Life Energy Solutions testimonials will attest.

There is so much David  wants to do. Believing that all healing is self-healing he is currently developing new scalar frequency tools to help people do this, to transcend the difficult present, and ascend into a new and wonderful future being who and what they are– Divine consciousness having a human experience.

Ever a modest man David takes no credit for all that he has done, he says that it has all been “Given to him” and that he is “fed information”. His close connection to spirt enables him to be an Energy Healer and to do all that he does, it is his inspiration, his information and gives him the ability to get the job finished. He says that his want is only to serve.

David knows that he and Margie are Kindred souls that have been brought together again at this time –  on a special mission.