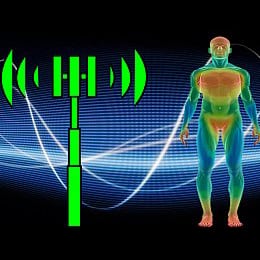 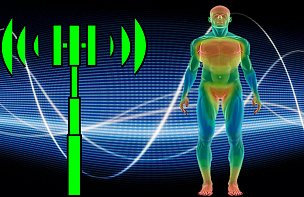 A very interesting fact was revealed by the World Health Organization’s International Agency’s research in 2011, about cancer classified EMF/RFR as a potential  class 2B carcinogen and stated that the excessive use of mobile phones could result in a myriad of symptoms in some human organs. Damage caused are:

2. The single and double-stranded breaks in DNA leading to cancer

4. Increased permeability of the blood-brain barrier

5. Disruption of glucose handling in the brain

5G technology uses radiations of higher frequency called MMW bands, and found to give off a similar amount of radiation dose as airport scanners. Roll out of 5G will translate to more signals possessing more energy since they belong to the high-frequency spectrum, with even a greater number of transmitters being located closer to people’s workplaces and home. Basically this translates to a lot more EMF surrounding us. There is no wonder that anxiety exists over potential risks, to both human and environmental well-being.

Perhaps one of the most concerning adverse effects of MMWs have been found on the human skin. Dr. Yael Stein of Jerusalem’s Hebrew University wrote a letter to the Federal Communications Commission, Establishing the main points of concern, “Over 90% of RFR radiation is absorbed by the upper layers of the skin, i.e., epidermis and dermis where human skin is acting as an absorbing sponge for this bandwidth radiation. Disturbing as this may sound, it’s widely considered acceptable as long as the penetrating wavelengths are greater than the dimensions of skin layers. However, MMW’s violate this condition.”

Additionally, MMWs may result in flaring up of the pain receptors as they regard these waves as damaging stimuli. The US Department of Defense already utilizes a method of a crowd-dispersal called the Active Denial System, which involves directing MMWs at crowds to make their skin feel like its burning. This technology  basically has the ability to microwave populations to death from afar. Frightening.  And the telecommunications industry wants to fill our atmosphere with MMWs?

While there is still  heated debate across the globe regarding whether exposure to cell phone radiation causes brain cancer despite many independent studies that prove it, a new study conducted by researchers at Charotar University of Science and Technology (CHARUSAT) proves that cell phone radiation also damages human eyes.

“The problem does not lie with the eyes absorbing energy, but in fact lies in the fact that the absorbed heat does not have a pathway to get radiated out or transmitted out of the body,” as quoted by Dwivedi, one of the researcher, further stating that prolonged use of cell phones can affect cornea, lens, retina, sclera, as well as vitreous humor (parts of the human eye) resulting in the early development of cataracts.

A blood-brain barrier is a group of specialized cells that act as a filter to keep the brain safe from drugs, pathogens, heavy metals, toxins, and other foreign substances. Many neurological diseases including Alzheimer’s, meningitis and multiple sclerosis. trace their etiology to a compromised blood-brain barrier. EMF exposure without EMF protection increase the brain-blood barrier permeability, making it leaky and allowing things like aluminum, mercury, and viruses to enter the brain more readily.

One of the largest population studies done in France in 2012, with over 26 thousand men that used cell phones, reported a steady decrease in functional semen production of about 1.9% per year with a gross decrease of 32.2% over the complete study period of about 17 years. Another significant finding recorded was the decreases in the percentage of sperm that were morphologically normal.
Furthermore, according to the Journal of Human Reproduction the use of laptops especially when placed on the lap near the sexual organs has been associated with infertility in males.
Research also shows that Cell phones carried in pockets in the genital area can cause sterility. While cell phones carried in bras cause cancer in that area.

A prominent Study conducted in 2015 evaluated a group of pregnant rats divided into two groups: control, and EMF-exposed. The second group was exposed for 1 hour/day to 900-MHz of radiation from the day 13th to 21st of the pregnancy. The study results revealed that exposure to EMF in the prenatal period (embryonic) affects the development of the neurons and connective tissue cells in the cerebellum and the consequences of this pathological effect manifest in the postnatal (after birth) period.

There’s no doubt that 5G will alter our virtual and physical landscape. However, it is quite apparent this technology brings major health issues also. The wave of the future technology may also mean a wave of new illnesses, disabilities, and cancers unless serious measures regarding EMF protection are taken immediately. We at life Energy Designs would recommend some form of emf protection jewellery such as the Nu-Me Skinny.

Do I really need EMF protection?