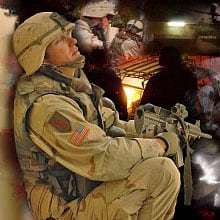 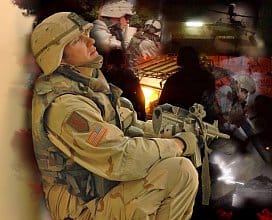 Post traumatic stress disorder or PTSD a debilitating anxiety disorder triggered by exposure to a traumatic experience such as physical or sexual assault, exposure to disaster or accidents, combat or witnessing a traumatic event. There needs to be PTSD support as the condition can cause re-experiencing the original trauma(s) through flashbacks or nightmares.

Approximately 25% of children exposed to family violence can experience PTSD. Clinical findings indicate that a failure to provide adequate treatment to children after they suffer a traumatic experience, depending on their vulnerability and the severity of the trauma, will ultimately lead to PTSD symptoms in adulthood.

PTSD is much more common following modern warfare, which may be explained by modern warfare being a new development and very unlike the quick inter-group raids characteristic in historic battles.

People with PTSD need care, support, understanding, and a way to stop their suffering.

Sam, an ex-marine suffering from PTSD, found a solution and generously shared it with us all. Watch the video.

Be the first to comment “Is there a Post Traumatic Stress Syndrome Natural Treatment without Drugs?” Cancel reply