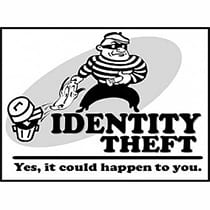 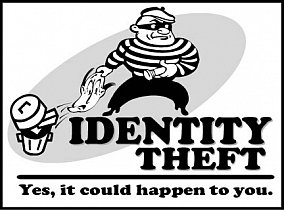 Identity theft is one of those things that happen in thrillers and action movies. Or is it? When a friend told me about having her credit card details stolen, and not being aware for ages, it made me think.

Not so long ago having your card stolen, or purse or wallet for that matter, was terrible but you found out fairly quickly when you next went to use it. Having your identity details stolen, from a card or passport by scanning, means that you still feel secure while the thief is having a spending spree. You just don’t know it has happened.

Rose is an airline stewardess travelling all around the world. Just prior to a trip to the States she was issued a new pay wave credit card with a chip. She told the bank that she didn’t want one with a micro-chip, could she have one without? They of course do not have options for their customers in this take-it-or-leave-it age. She was firmly told “No”. Unhappy, but without time to argue, and the card still unused, she packed it in her bag and set off on her journey.

On her return, with the credit card still unused, Rose took it up with the bank again – she did not want a micro-chip. What is so difficult about that?

Then the shock. Her credit card had been used – a lot. She had kept it locked in her hotel room, so the only explanation was her identy had been lifted in the airport. Besides having horrendous levels of Electromagnet radiation airports are notorious for identy theft.

The bank did not charge her the debt on her card, banks are generous to a fault, but they would not consider her request for a micro-chip-less card. So it may not have cost Rose actual hard cash, but it did cost her angst and hassle. And she has no options – it is a micro-chip card or no card at all. She now has her cards, and passport, in protective sleeves and tells every-one her story as a warning. Losing your identity is so easy now a-days.

I personally have my credit card well covered with protection as not only can you lose your identity, this pay wave gimmick can allow you to pay without even waving the card. How absurd is that? This happened to me standing at the check-out, about to get my card from the bottom of my bag, only to be told that I had already paid? How? How far does this scan reach? And don’t you really have to wave a “Pay wave” at all? Should it be called “Automatic pay” – or even “Rob pay”.

What worries me is I can so easily pay for someone else’s goods? Now that is a disturbing thought. This high tech makes me shudder when power is shifted from customer to retailer and customer to bank. But hey, this a whole different debate!

The content of this article is true but names have been changed for privacy. Thanks Rose, you know who you are, for sharing your story and warning us all.

Be the first to comment “How easy is identity theft?”