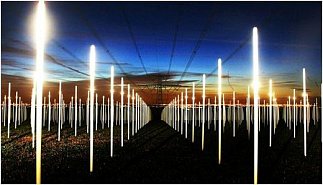 With all the latest “natural disasters” happening all around the world and the scare campaign on global warming it is becoming more obvious that these “natural” disasters” are anything but that.

Throughout the ages, it has been proven that for every action there is a reaction and that we are playing games, at our peril, with Mother Nature.

As we are very susceptible to the electrical environment scientists have firmly established, by testing mobile phones, computers and various other products that EMF and EMR does disrupt the body’s cell growth mechanism which disturbs the brain, nervous and immune systems.

Biological stress cannot be seen, as it occurs on a cellular level but that doesn’t mean it is not there.

Have you ever wondered where all these EMF and EMR waves go?

Take a moment to think about it. Electrical waves are flowing around us and through us, without a single pause, no matter where we are, indoors or outdoors, asleep or awake. These waves are increasing daily.

What happens to them? Do they just fade away? Do they get stronger as they gather momentum? Do they keep going for eternity or do they float off into the universe? They must go
somewhere
? Everything has to go somewhere doesn’t it? Is this a silly question? We don’t think so.

If it affects us as an individual what kind of escalating effect is all this extreme radiation having on the world’s climate?

On this subject below is a story concerning an event that apparently took place many years ago, and was authenticated by the BBC T.V station in London.

It appears that a whole group of people from all over the Midlands, who were unrelated, experienced an odd phenomenon. During a BBC program that they were watching, they all lost the BBC program and in its place received an American TV program from Houston, Texas. It lasted for over an hour.

After receiving many queries and lots of complaints, with some people even videoing the program as proof, the BBC supposedly investigated and were told that the program was over 3 years old and the TV station that played it was no longer in existence. A hoax was ruled out and they admitted they had no explanation for what happened.

So, if these were broadcast over 3 years previously, where were these pictures for 3 years? We know where they came from but where were they going and what were they doing?

This report seems to support the theory that EMF waves do not just dissipate but they keep going around and around. This could explain one of the numerous reasons for the worrying increase in the world’s mental health problems as well as emotional problems and weather problems. Surely thy must affect our brains and the atmosphere at some level? But what is also worrying is that this level is constantly rising.

What do you think?

About the author: Michael Cambray is a retired naturopath and has accumulated specialised knowledge of many alternative health subjects over the past thirty years. Michael has diplomas in many alternative subjects and has published 13 books on various topics plus a popular Australian monthly newsletter.

“I really love your products. I am extremely EMF sensitive and your Nu-Me Skinny pendant, Negater shell and P.e.bal allow me to live a more normal life. Thank you so much. Emily Wickerham, USA
Share:
Prev

Be the first to comment “EMF, EMR, Our Brains and the Weather – What’s the link?”