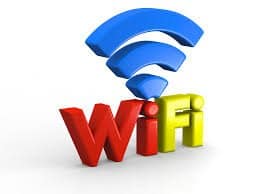 In 2014 Ethan Wyman, a 10 year old boy from New Zealand lost a long battle with brain cancer.He attended a junior school along the Kapiti Coast.His parents petitioned his school to disable the Wi-Fi system as they had suspicion that it was to blame for his death.

Ethan’s father, Damon Wyman said that three months after Ethan was given an iPod equipped with Wi-Fi he was diagnosed with two brain tumors. Also his parents found out later that he had been sleeping with his iPod under his pillow. The doctors, at the diagnosis, estimated that the tumors were the approximate age of the length of time that Ethan had been using his iPod.

Mr Wyman didn’t say if he believed that the iPod and Wi-Fi from the school were responsible for his son’s death but he stated that “it seemed like a bit of a coincidence.” He said that a full room of children is potentially being exposed to the same risks.

Both the New Zealand Ministry of Education and the Ministry of Health stated that research had shown that Wi-Fi is safe to use and does not pose any health risks to the health of humans.

Other studies done around the same time by SWTNZ (Safe Wireless Technology New Zealand) had shown that radiation from Wi-Fi may be associated with cancer as well as other health problems including nausea, headaches, tingling and burning sensations, fatigue, heart palpitations and digestive problems. However, the New Zealand government has chosen to ignore the findings of their study.

According to Devra Davis, PhD, MPH, the President of Environmental Health Trust, because children’s bodies are still developing, this makes them particularly vulnerable to DNA damage, as they have rapid cellular replication and growth rates. Making them much more susceptible to wireless radiation, than adults who have denser tissue and bone structures. EMF radiation exposure damages DNA and impairs natural cellular repair functions, which can lead to the formation of cancer over time.

Because the powerful entities in the wireless industries have a vested interest in having the public believe that EMF radiation, which is invisible and cannot be tasted, hear or touched, is harmless to us, critically important information about the risks of EMF exposure have been very slow to become available to the public.

Something else that should be kept in mind is that the standards of radiation output are set based upon testing adults and not children.

By exposing younger people to chronic, 24/7 radiation that is always on we are taking part in a mass experiment in which test have proper tests have never been conducted properly. This is a recipe for long-term health disasters and could be what it will take for the public to wake up to the real-life risks of wi-fi radiation.

The international Agency for Research on Cancer (IARC), which composed of 27 scientist from 14 countries, in 2011 concluded that cell phone and wi-fi radiation is possibly a class 2B carcinogen. This is the same category that includes DDT pesticide, lead, gas engine exhaust, burning coal and chemicals used in dry cleaning and many others. “There are nine types of cancer linked to EMF/RFR radiation explained the children’s health expert panel:

These findings suggest that very careful precautions should be taken when we interact with wireless technology. Pregnant women and children are more susceptible to the risks and should avoid using cell phones and wireless signals, unless it is an emergency.

It’s true: You really can protect yourself against electromagnetic radiation – here’s how