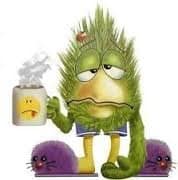 Modern Society has been groomed to believe that if they constantly carry around mobile phones, laptops & tablets, and live in homes or work in offices that have Wi-Fi, smart meters and other “smart appliances” they are completely safe and that we are merely progressing and advancing in modern technology for our own convenience.

But have they been properly vetted? And are they really safe on our body and appropriate for continuous human exposure?

The answer is NO.

For a number of years now, Professor Olle Johansson from the Karolinska Institued in Stockholm, Sweden, a prominent scientist has been sounding the alarm on the immense danger on our human bodies.

In an interview posted to YouTube in 2010 he explains how electromagnetic radiation or EMF’s as they are more commonly called, are having devastating effects on us and that something needs to be done soon to stop this monumental threat.  This is contrary to what is being said in the ‘mainstream” information.

“Today, if you look into the scientific literature, it’s an overwhelming number of papers clearly saying that the molecules, cells, tissue pieces, organs, experimental animals, as well as humans, are in jeopardy,” he warns about the summation of independent science on EMFs. “The main findings could be summarized that you see biological and biomedical effects at very low exposure levels — far below the current public exposure guidelines.”

Governments all around the work, including the USA, are unfoundingly claiming that EMFs are no threat to our health.  But they are failing to tell the public something significant and it relates primarily to the methodology behind EMFs and how they are being studied, and the inadequate way in which this research incorrectly says EMFs are safe.

“Interest is very much nowadays focused on long-term effects [of EMFs] at so-called non-thermal levels, meaning that you don’t get a heating effect from your mobile phone, for instance,” says Prof. Johansson.

He is specifically concerned with biologically important events that he believes are more often that not overlooked when taking into account the dangers caused by EMFs, things like transmitter release, ionic channels, uptake and degradation.  They may be considered very small biological details but they can cause  long-term health effects that are potentially very serious.

He states that EMFs from devices such as smart meters are likely to be more damaging to our immune system as well as to mental function, sleep, concentration and fertility as well as other functions necessary for our body. So he is saying that cancer is not the only risk of being over exposed to EMFs.  Other symptoms caused by long and constant exposure to EMFs can be building over time and can be more subtle.  Symptoms like constant headaches and not being able to stay focused (ADHD) and also the higher risk of colds and flu.

“As a scientist, I’m a little bit surprised that politicians, they take these kinds of chances with the whole population, and the population has never really been informed. No one has asked you if you want to be whole-body irradiated 24 hours around the clock, every day of the week — and yet you are.”

Prof Johansson says he has asked the Swedish government for safety data but as yet has not even received a single study to back up his country’s policies.

“Hopefully it will turn out to be completely safe, and there will be no risk, but that would also mean that thousands and thousands of scientific papers in well-controlled scientific journals, using peer review-based evaluation systems — all of these articles have to be wrong at the same time, and that has never, ever happened before in science history,” he says.