Concerns grow ahead of 5G 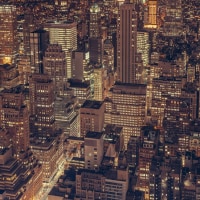 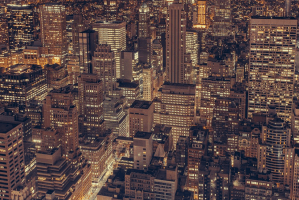 The roll-out of the 5G network is set to be one of the biggest developments to impact our everyday lives. This is the fifth generation of mobile networks and promises to be faster and more reliable than anything we’ve experienced before.

More and more mobile networks are preparing deals ready for the 5G switch-on, and Smartphone manufacturers are all busy making sure that their latest models are ready to give consumers first and best access.

However, a growing number of people are concerned about what 5G could mean for us and they want answers. Voices that question the health ramifications of 5G have been shouted down; until very recently.

What are the Corporations Promising with 5G?

Since it was first announced, 5G has been touted as a super high-speed network capable of connecting to any device be it a smartphone, a computer, a smart-watch, or even a Wi-Fi-enabled car. The UK mobile network EE claims that users will have speeds of up to 1Gbps on their phones which is a vast improvement on 4G max speeds. In a world for of people striving to stay connected at all times, 5G certainly seems like a positive step forward.

Where Has 5G Already Been Implemented?

2019 appears to be the first year where many countries are choosing to roll out their 5G networks. In the US, you can currently access 5G in major metropolitan hubs like Los Angeles and Houston. However, there are two glaring exceptions to the list; New York City and Chicago. These are not only two of the biggest cities in the USA in terms of population, they are also home to some of the major tech hardware companies, and yet neither of them currently has access to this revolutionary new technology.

In the rest of the world, 5G is slowly being rolled out. In the summer of 2019, it will launch across the UK. Spain, France, and Scandinavia are soon to follow, and Germany has plans to add their own networks in 2020.

Asia is ahead of the game as one might expect, with 5G coverage already having been rolled out in Japan, China, and South Korea. New Zealand has been conducting tests since 2018 with plans to implement networks in 2020, while Australia has 5G already through select providers.

It seems like everyone is pretty much on board, right? However, there is one pretty major exception. In April of 2019, Brussels – the capital of Belgium and de facto capital of the European Union – announced that they would be halting their plans for 5G implementation due to health concerns surrounding electromagnetic fields (EMFs).

Why is 5G a Risk to Our Health?

Select scientists have been protesting about the dangers of 5G for some time, but none of the corporations has wanted to listen, or for the public to question their amazing new product.

To be able to offer the levels of coverage required to reach as many people as the 5G networks are claiming, they are going to need a lot more network towers. This means that more radio towers are going to need to be built near residential areas; putting people at greater risk from the long term effect of the radiation these towers throw out.

How Can We Protect Ourselves?

5G needs to be stopped there is no doubt about that. But for those that have no option and are already having to live with it  EMF protection is a must.  Reliable EMF protection products that have been tested for efficacy need to be sourced and used. Life Energy Solutions have proven products for different situations. See how their products are rated or read their own testimonials.

Don’t listen to the big corporations who want to roll out 5G as quickly as possible. Pay attention to places like Brussels who have halted the proceedings, pay attention to the many scientists and doctors who are expressing their concerns about this new technology. We cannot afford to go into this new era of internet connectivity without being able to question what effect it might have on our well being over time. No long-term testing has been done; we are being used like caged rats in an experiment.

Get yourself some EMF protection today and keep a close eye on when 5G might be rolling out to your area.

EMF protection for the family on holiday

One thought on “Concerns grow ahead of 5G”