Getting Active to Block This Technology 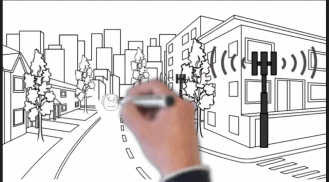 If you have been reading our blogs you will have read plenty of scary stuff about 5G and EMF in general. This is the bad news that needs to get out there to wake people up to the inherent hazards associated with this technology.

Well it is time for some good news! People who are awake and educated on the subject are banding together and blocking the roll-out of 5G in their towns.

Mill Valley, CA, USA, is one of the latest towns to block the installation of 5G as a result of the collective concern of a number of its citizens. 145 people wrote to the council expressing concerns about 5G and links to cancer and other health conditions. Just 5 people wrote in favour of it. The city council voted unanimously to enact an ‚”Urgency Ordinance” , so putting a block on the roll-out of the 5G towers.

With Mill Valley’s population being just 14000, the concerned response represented 1% of them.

This town now joins several other towns who’ve blocked the installation of 5G over health concerns. Before Mill Valley blocked 5G, other municipalities in California, such as Marin County and San Anselmo, passed similar ordinances.

Other, similar movements to block 5G have taken / are taking place across the U.S as well.

In researching some images for this blog I discovered that some mayors and managers of the following Ohio cities: Bexley, Canal Winchester, Columbus, Dublin, Delaware, Gahanna, Grandview Heights, Grove City, Hilliard, New Albany, Pickerington, Powell, Reynoldsburg, Upper Arlington, Westerville, Whitehall and Worthington took legal actions to stop ‚”wireless companies to place facilities, including towers up to 50 feet high and equipment of 28 cubic feet (the size of a small refrigerator), in the local public right-of-way.”

The Tide is Turning

So perhaps the tide is turning and we are moving towards a critical mass of aware people ready to stand up for their and their family’s health in the face of commercial pressures to roll out this untested and potentially lethal technology.

There is mounting scientific evidence that EMF is generally harmful, with microwave, 5G, and smart meters being particularly damaging. If you have read some of our blogs you will have seen some of these studies. 5G is new so there hasn’t been much in the way of scientific investigation yet. Early anecdotal evidence suggests, however, that it is already causing major issues with insomnia, headaches, and other short-term induced conditions. Logic dictates that these initial symptoms, if experienced over a long time, will lead to more serious conditions as stressed immune systems start to fail.

I suggest we don’t wait until this happens to our own families in our own towns. Why not take a leaf from the books of Mill Valley, Marin County, and the others and stop this untested and potentially lethal technology in its tracks for the sake of all our wellbeing.

I say that until they can provide scientific proof that this technology is safe for ALL citizens living or working nearby for prolonged periods, then we collectively OPT OUT of their experiment.

If you are already being exposed to 5G, smart meter radiation, or excessive wi-fi then we recommend our new POWER P.e.bal to offer protection in the interim.

How to cope with stress – Losing energy via technology.