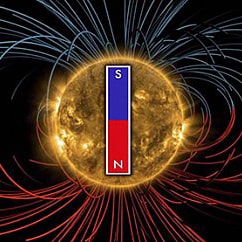 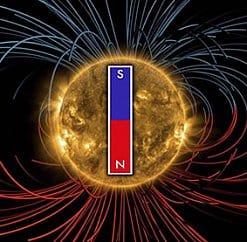 When it comes to sensitivity to Electro-Magnetic Fields we humans have a broad spectrum into which we can fall. Some people are hypersensitive and will know when you switch on a light. They will get a headache near wi-fi and can”t use a cell phone without severe discomfort. Others can live under a cell tower and (apparently) not feel a thing. There are, or course, plenty of positions in between these extremes.

Until recently, there was no medically-understood mechanism by which EMF could be sensed by humans. But now this mystery may be closer to being solved thanks to some new science.

Scientists from the University of Munich, led by geophysicist Michael Winklhofer, say they’ve located and identified “internal compass needles” in the noses of rainbow trout.These are called magnetosensory cells, and they are far more sensitive to magnetic fields than anyone previously thought.

The cells sense the field by means of micrometer-sized inclusions composed of magnetic crystals, probably made of magnetite. These inclusions are coupled to the cell membrane, changing the electrical potential across the membrane when the crystals realign in response to a change in the ambient magnetic field.
“This explains why low-frequency magnetic fields generated by powerlines disrupt navigation relative to the geomagnetic field and may induce other physiological effects,” said Winklhofer.
While the study stopped short of finding magnetosensory cells in humans, their identification in fish shows that biological systems can and do have the ability to respond to magnetic, and therefore, electro-magnetic fields.

These cells have also been identified in rats so their identification in human biology would seem to be just a matter of time. If you can sense which way is North, as a lot of people can, you are certainly accessing information from your own compliment of these cells.

For those endowed with an active network of magnetosensory cells is it any wonder that the electro-smog soup we live in is causing discomfort, stress, and, illness.

If this is you, then being able to detect true North might not be much of a compensation for
feeling the effects of EMF to the extreme.