Scientific evidence shows that Brains are being fried by cell towers. 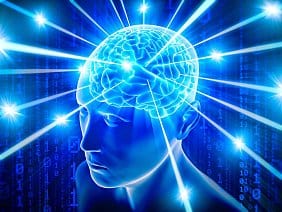 There is new evidence indicating that our cell phones are not only damaging our social lives but that the cell towers could actually be altering the brain’s function by inhibiting our thought process by decreasing our appetite and our ability to sleep which is causing irritability.

A study, led by professor Enrique A. Navarro and published recently by the British Medical Journal, concluded that the severity of symptoms of these types was correlated directly with exposure to cell towers. The symptoms are more pronounced the closer you live to a cell tower – regardless of the demographic.

In order to send and receive data, cell towers rely on electromagnetic switching signals. Our body, in particularly the brain, uses electromagnetic impulses to send and transmit messages along different pathways. For normal function across our body system this is essential. It has long been suspected by scientists that even low levels of EMF pollution (also known as electropollution) may have ill effects on the body and brain. This new study supports these past suspicions and adds to the body of proof that these cell towers can be harmful.

In 2010 a statistical analysis combining the results of multiple scientific studies found that 80% of the studies reviewed indicated that the closer to the tower’s proximity the higher the prevalence of adverse symptoms and cancer.

Many industry-fed scientists and conventional doctors refuse to admit that these effects are real but what is most shocking is that people who live near towers that currently meet the required safety guidelines are the ones who have reported these symptoms.

It means that current guidelines for cell phone tower safety are not enough to protect the public suggests Professor Navarro.

The severity of electropollutions by the inverse square of distance. What this means is that anyone who lives twice as close to the cell tower will be subject to four time the amount of radiation.

If you live within 21 miles of a cell phone tower it means that you are exposed to a reasonably considerable level of emf pollution.

Within the USA there are currently 190.000 cell phone towers and the number is continuing to rise.

Be the first to comment “Scientific evidence shows that Brains are being fried by cell towers.”