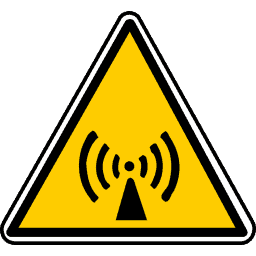 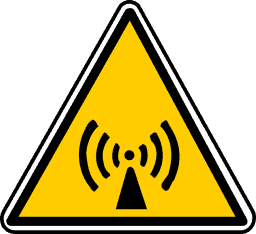 As technology become more and more ubiquitous in our lives, many feel that the risk of developing health problems from exposure to electromagnetic radiation increases dramatically. Many EMF protection products claim to be able to reduce or even eliminate these harmful effects, but are these claims scientifically backed? It is important to either verify or disprove purported health benefits of any commercial products so the public knows exactly where they stand. Let’s take a closer look at the discussion to draw some conclusions of our own.

EMF stands for electromagnetic fields. They are a type of non-ionising radiation emitted by the many electrical appliances that surround us, and that many people assume are harmless. Everything from the microwaves in our kitchens to the mobile phones we carry around with us all day emits at least one sort of EMF.

There have been many studies over the years to determine whether or not long-term exposure to EMF can be dangerous. The debate has produced many differing opinions over the years with many claims of bad science on both sides of the argument. As we move further into the digital age, there is more of a need to establish definitely whether or not EMF protection is necessary and whether protection products are effective. We are filling our houses with electrical appliances, all of which produce some sort of electromagnetic energy, and we are walking through a world where it bombards us from all angles.

Many believe passionately that people need to be protected from EMF and thus have conducted various tests to educate the public to the risks and the potential solutions. This first of all involves measuring the way the energies in our bioenergy fields shift during and after the exposure to radiation.

What is a Bioenergy Field?

The human bioenergy field is a phenomenon noticed by many cultures around the world. The Chinese called it chi; in Hinduism, they are known as chakras. It has also been observed by countless scientists and has been confirmed by various tests. Scans and photos using special lenses show the presence of such a field. The same types of tests can also be used to demonstrate that introducing a source of EMF such as a mobile phone nearby will cause an extremely notable and ultimately negative reaction in the body, resulting over time in headaches, stress, insomnia, and a wide range of other undesirable symptoms.

EMF protection comes in the form of various products which can realign your bioenergy field positively. Such products include pendants to be worn around the neck and objects that create a safety bubble within your home. 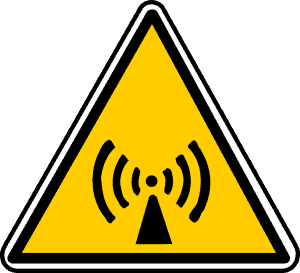 Tests to prove that these products work tend to simply involve a patient’s field being recorded before and after exposure to EMFs, with and without the products in question. An improvement can repeatedly be seen when the patient has used the products as the colour patterns used to denote the shifts in energy move across the body. This can be taken as a clear indication that there is indeed some sort of significant change occurring through introduction of an EMF-harmonizing product.

The data shows that the human bioenergy field is noticeably impacted by the introduction of an electromagnetic disturbance. Therefore, if the interference is having an effect on our daily lives, we should look at ways we can combat it.

The Importance of EMF Protection

EMF protection products can therefore be considered vitally important to everyday life. Test show that EMF does have a very real impact upon the body; and simultaneously that the impact is lessened by the introduction of a protectant like an EMF pendant. It is imperative that we begin to protect ourselves against the dangers of EMF.

The ways to do so are easy and they do actually work. Those suffering from EMF sensitivities, report a significant reduction in their symptoms after introducing these products into their lives.

With so many reporting a positive effect, it is clear that further analysis needs to be undertaken. While many key tests seem to corroborate the wealth of anecdotal verification, the Reports undertaken by the World Health Organisation in 1996 claimed that, while there were effects for those who were exposed to strong EMFs for short periods of time, there did not seem to be any major health risks. However, that was in a world with considerably less technology, and some argue that other agendas are at work in this sort of reporting. Further studies need to be undertaken to help convince more of the serious risks EMFs pose to our health.

The science so far though seems to show that there are definitely ways to protect ourselves from electromagnetic radiation. We should continue to pursue all paths of research until we have an ever better understanding of what EMF is doing to us over time. For now, there are many EMF protection products which have a scientifically proven benefit.

Be the first to comment “Is EMF protection scientifically backed?”