Emf From Cell Phone Masts Proved to be Hazardous to Health 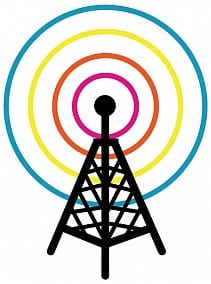 In 2006, a team of doctors/researchers in Bavaria, Germany, conducted an investigation on the effects of a newly installed T-Mobile Transmitter has on a group of residents living nearby.

The participants comprised of 25 (13 women, 9 men, 3 children) people living within 15-300 meters radius of the Telecommunication Mast. Initial blood samples were taken before the operation of transmitter and the second set taken 5 months after. Amongst other things they were monitored for melatonin and serotonin.

Melatonin is a natural chemical produce in our bodies which aids sleep, enhance our immune system and act as free radical scavenger which protects our body and brain cells against genetic damage such as cancer. Serotonin has a role of acting as a messenger for the nervous system and in the brain as a mood hormone. Reduction in serotonin level can result in depression, lethargy, inner agitation and many other psychiatric disturbances.

The conclusion of this study proved to be alarming, especially the fact that almost the whole group has reacted following the increased radiation exposure from the operating Telecommunication Mast.

Changes and disturbance in blood levels caused by the radiation lead to the massive decrease in serotonin level and nightly melatonin level.

The noticeable rise in depressive mood, appetite disturbances, inner agitation, lethargy and listlessness, and reduced quality of life was experienced by all nearby residents.

16 participants complained about sleep disturbances, 6 complained that they awoken regularly between 2am and 4am and have difficulty in getting back to sleep again.

Also, what were experienced during the day were repetitive symptoms such as tiredness, irritability and loss of concentration.

The group of participants had no other obvious change in their living conditions apart from the increase radiation exposure by the operating mobile transmitter, therefore it has been concluded that there is a direct link to the operation of the Telecommunication Mast.

…In order to prevent further endangerment of the health of residents, the medical point of view is that the operation of the telecommunications mast must immediately be stopped!

You can download the whole report by right clicking here and “saving as”.

Staying Calm in a Time of Crisis