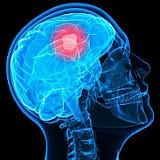 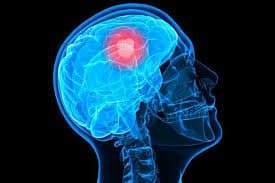 A new report by Stralskyddsstftelsen, the Swedish Radiation Protection Foundations concluded that radiation from mobile phones, microwaves, and other ever growing “smart” devices in our changing Modern society, may be the cause of increasing rates of both Central nervous system (CNS) and brain tumors in Denmark.

The report showed that such tumors have increased since 1990 and even more significantly since 2004, which was when mobile phones became a lot more popular.  With the increasing use of these types of devices, especially by younger people, the rates of increase in cancer in the brain, CNS spinal cord and cranial nerves can be correlated with the increase of use.

Most people who use these “smart” devices, such as iPhones, wi-fi enabled tablets and laptops are more vulnerable to developing these cancers than people who do not use them.  These cancers are becoming so prevalent, they almost match in number to the more common type of skin cancer, melanoma.

Whilst the US National Cancer Institute and the Swedish Radiation Authority have made claims that this increase is not happening, this does not align with the extensive research into these cancers done by Stralskyddsstiftelsens’s over the past several decades.  It seems that the dangers of EMR are not being acknowledge by government authorities.

“Today 75% of Swedish 16 year old girls use their ‘smart phone’ over three hours a day and they have been wrongly informed that there are no health risks observed, often with reference to incorrect claims about brain tumor incidence trends.”

Authorities all around the world can deny the links between cancer and the use of “smart” devices but clearly the science speaks for itself.  There are such a large number, into the thousands, of published studies and reports that all show the rates of cancer are increasing alongside the use of these devices.

A report by EMFWise Health Effects of Wireless Radiation has stated that because microwave radiation penetrates the body directly, serious immune risks can be associated with their use.

Alterations of immune cells, changes in lymphocytes, reduced lymphocyte counts and hypersensitivity that manifest as autoimmunity are some of the risks included.

It turns out that water is directly impacted by non-thermal microwave radiation and our bodies are made up of up to 70% water.  The water in our body is disrupted when interacting with this radiation which in turn disrupts the complex communications system that exists in our body’s cellular network, which uses water to send and receive information.

Mobile phones have the same kind of problems as they come into direct contact with the head, hands and other parts of the body. Wherever the phone is resting EMF is interfering with the body, if you have it in your pocket it will rest against your leg, and the brain when it is put against your ear and even your hand as you hold it.

Currently the research funded by the industry is in directly conflict with other independent research most of the time.  They present evidence of EMF only having 32% harmful effects, whereas the latter’s research show the harmful effects to be 70%.

See our solution to the effects of EMF here….

“Just got my Ki-Bal almost a week ago and I love it! My physical therapist, who is also an energy medicine practitioner, did some testing on me with the Ki-Bal and my body really responds to it positively.
It is interesting, I am much calmer with the RadiSafe and Ki-Bal. He found that when the Ki-Bal is near me my adrenals calm down……….”. L.S., New Zealand

Be the first to comment “Cancer from Microwave and cell phone radiation has doubled.”