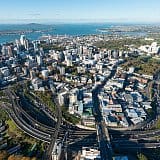 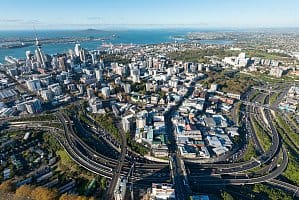 Electromagnetic radiation is not a very glamourous subject. Some may say it is even a bit depressing. And I think about it every day – even for most of it. So, I like to take time out and remember how things were made, dare I say divinely, without mans warped sense of self. Get things back into perspective.

I sat in the garden. A great way to recharge my batteries, even if in a city there is now escape from EMF radiation. We have had this particular garden for about eight years and since we have been here we have seen massive changes in the surrounding area. Once we had woodland on one side and the sea on the other. Now we have houses, shops and even more houses. The sea is still there of course. Man hasn’t found a way to suburbanise that yet, but all the woodland has gone – replaced by houses, shops, malls, industrial units and then even more houses.

Auckland is growing fast, like many other cities around the world. People are being cramped into smaller spaces and being bombarded by more EMF. Wi-Fi dances around, homes, mall, airports, and cafes – everywhere. Doctors’ visits are increasing and hospitals can’t cope. But still there is general denial by health authorities in most countries that EMF is having harmful effects on people’s health?

I digress a little – back to my garden where I sat watching the birds that I feed daily. I didn’t used to back when we had woodlands and grassy spaces. The birds obviously were well cared for by nature – naturally. As their habitat diminished the gorgeous spotted doves came into our garden, not to socialise I’m sure, but seeking food. At first, they would only eat selected brands of wild bird seeds. They were fussy. They wanted what they were used to and knew they could thrive on. Slowly they accepted other seed when we couldn’t get their preferred brand. They now eat a little bread, only gluten free and healthy unless we have a naughty moment with a muffin, that we put out for the sparrows who will greedily eat anything, and minor birds who won’t touch the bird seed but devour cold greasy chips, leftovers from another sinful moment.

The magnificent spotted doves have adapted their diet to suit their new life style. Not so healthy I am sure. Their numbers have dropped. Maybe they have gone further afield to live? Maybe the local cats have hunted them for sport? But just maybe, the food that they now have to scavenge for is not healthy enough to sustain a long life?

So why did my thoughts go from EMF to birds trying to survive in a developing city? Our human habitat has changed dramatically in a short period of time. We are being radiated a hundred million times more radiation than our grandparents. Our bodies haven’t adapted. We are operating under par and are now thinking it is normal to get tired or stressed easily. To get headaches often. To sleep badly. These are considered run-of-the-mill, part of the fast pace of modern living.

Modern living isn’t harder, it gives us modern conveniences that our grandparents didn’t have. Life for them was just as hard in a different sort of way. They worked long hours, brought up families, dug, walked, cycled, baked, repaired and sewed. But, like the birds, they were in their natural habitat living healthier lives. They were able to cope more easily – more naturally.

Electromagnetic radiation isn’t going to go away. It will never get a little healthier, or even less. It will always be detrimental to us so we need to take stock of what it is and what it does to us. We really do need to take it seriously.

Mans needs, even greed, has destroyed the birds natural home. Do we need to that a minute to look at ours?

“”Being seriously concerned about the major increase EMFs in our environment I sought out companies that produced products that combat their negative effects. Apparently the products I had purchased in the past were not working because after the first night of leaving the ki-bal key-ring on the night table beside my bed I had the best night’s sleep that I’ve ever had (and I thought I was already sleeping well). Now I am having beautiful – FUN dreams whenever the ki-bal is next to my bed, if I forget it the dreams change negatively. Also, when it’s next to my computer the energy is lighter, softer, sweeter. Anytime I’m feeling icky at my computer it’s because the ki-bal is not nearby. I tell anyone who will listen about my new “friends” in New Zealand and these wonderful products. I look forward to purchasing more (a lot more) of these effective and BEAUTIFULLY-styled products not only for myself, but for friends and family. Keep up the great work. L.S. Chapel Hill, North Carolina, USA”

How You Can Protect Yourself Against Electromagnetic Radiation

Be the first to comment “Losing our natural habitat.”