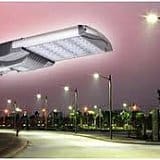 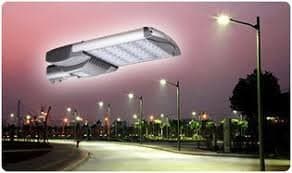 In Gateshead, Northern England, Mike Steel has been speaking out about a sudden increase in health problems that he believes are related to LED streetlamps that emit 5G radiation.

A local resident in Gateshead, Mark Steel is reported to be a member of an organization that descries itself as “the world’s largest technical professional organisation dedicated to advancing technology for the benefit of humanity” – known as IEEE.

Doing his best to raise awareness on the LED street lamps, installed in 2016, he says that since they were installed many people have suffered from symptoms such as nose bleeds and insomnia as well as other neurological problems.  And as if that was not enough, many women, including 3 in his circle of friends, have lost babies, one of them being born with severe defects who sadly only survived for a few hours after birth.

“We are seeing babies dying in the womb as these transmitters are situated outside people’s bedroom windows.  It’s a humanitarian crisis”

Gateshead Council, who say that health risks are not connected to their streetlights posted on Facebook decrying the threat of EMF radiation stating, “certain individuals are frightening local people with false stories”. Frightening? Or awaking people?

They stated that there was “no scientific basis or credible evidence” to support these claims. The government also claimed that the LED streetlights do not operate on the 5G network.

But Mr Steel explained that “The transmitter operates at 868-870 MHz which is a specific 5G spectrum”. He believes that the entire city has been put at risk by the officials of Gateshead by secretly running a test run of 5G technology in the area.

It is unconfirmed yet whether this is in fact true.  Whilst the Gateshead officials are trying to stop any concerns, residents like Mr Steel will carry on sounding the alarm about this matter and there are many other concerns with the introduction of the 5G network.

Professor Ulrich Warnke, from the University of Saarland, agrees that LED streetlights has the potential to cause harm.

Warnke is not the only person to raise this concern, there are many health agencies who have the same alarm bells ringing to the potential dangers of EMF radiation – But who is listening?

The World Health Organization warned us in 2011 that EMF radiation was “possibly carcinogenic to humans” and at the end of 2017. The California Department of Public Health (CDPH) made the same statement. They warned about cell phones potential link to brain cancer.

The European Academy for Environmental Medicine are also one of many who say EMF radiation is linked to cancer and many other conditions, including insomnia.

Yet there is still whole-scale denial that people are at risk even with the growing evidence about the dangers of electromagnetic radiation.