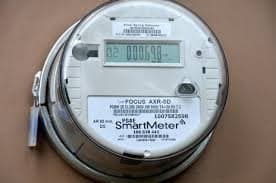 In recent years reports on “smart meters” have been on the increase. These digitalized electric meters that transmit usage information to power companies by using wireless technology are causing a range of health issues amongst the growing population that use these devices.

The EMF Safety Network states that health problems they believe are related to increasing amounts of wireless radiation from multiple devices, including smart meters are being reported by a growing number of people around the world.

Utility companies claim that smart meters are safe and compare them to mobile phones. But mobile phones, cell towers, other wireless devices and Wi-Fi can affect your health. On its website, the EMF Safety Network states “reducing your EMF exposure can benefit your overall health and wellbeing.”

Basing their declaration on studies that have linked cell phone radiation to brain tumors the World Health Organizations has classified radiation as a 2B carcinogen.

Here are how the devices work as noted by Cancer.org:-

“Smart meters talk to their central systems using RF transmissions, based on a cell phone, pager, satellite, radio, power line (PLC), Wi-Fi or Internet (TCP/IP) communication method. Internet and cell phone applications have become the preferred options because of their flexibility and ease of deployment.”

They further noted that smart meters are usually installed outside of homes and places of work and that they measure electricity, water and gas usage. The amount of RF energy you are exposed to depends on your distance away from the antenna that is transmitting the signal.

The frequency and the power of the RF signal that is emitted from the smart meters is similar to those of a normal mobile phone, cordless phone or Wi-Fi router. They typically transmit and receive short messages about 1% of the time.

The International Agency for Research on Cancer (IARC) named RF radiation as “possibly carcinogenic to humans. This is “based on findings from at least one study that has examined a link between RF and a particular type of brain tumor”.

The EMF Safety Network also identified the following symptoms as possibly linked to RF radiation based on a 2011 survey done by the group.

–Headaches, sharp pain or pressure in the head

–Eye problems, including eye pain, pressure in the eyes

–Hyperactivity or changes in children’s behavior


There are many that are skeptical that a smart meter can cause cancer or any of the problems that the EMF Safety Network survey listed. But an organization called Stop Smart Meters said some people “have or develop symptoms of physical distress in the presence of electro-magnetic or radio-frequency fields (or both)”

The group say on their website that “there are many symptoms associated with this type of sensitivity, and the main key is determining whether EMF fields are the cause of the problem is seeing what happens when you lessen or avoid exposure”. They also noted that it has been unable to ascertain from the federal government as to whether the condition falls under the Americans With Disabilities Act.

“”Funny thing, one day recently I was working at the computer and I was getting really tired. I noticed the p e bal was missing. My daughter had taken it into her room. As soon as it returned so did my energy ?” Jilleen, NZ

Negative people are vampires – they drink our positive energy like blood!