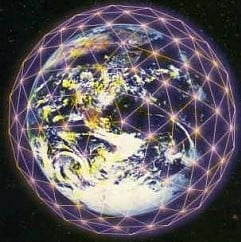 We have a hidden agenda here at Life Energy Designs. I don’t think you will disapprove but it is time to come clean! One of the most powerful and profound services that orgonite-based

Historically disturbed energy is the chaotic energy imprints left behind by our negative emotions (which are energy in motion). and those of our ancestors The more extreme or passionate these negative emotions are the greater the chaotic residue. Extreme examples of this would be a battleground or a site used for black magic or ritualistic abuse -anywhere where negative human emotion has been expressed by the bucket load.

Disturbed energy residue or deadly orgone (DOR) as Wilhelm Reich called it is arguably worse than many of the toxic chemical residues that we humans have poisoned our planet with. The main problem with it is that chaos promotes chaos. If you live in a house that used to belong to an angry man – chances are you are going to experience lots of anger – unless.

The “unless” bit is where our secret agenda comes in. If you use an energy balancing device such as our p.e.bal, this historical stuff is very quickly cleansed away with all chaotic energy (DOR) transmuted to positive energy (POR)

So here is our little secret. The p.e.bal is so strong in its ability to move and cleanse energy that its function extends way beyond of the purchaser’s home to a radius of 3 miles or so (5KM). This means that they are cleaning up the whole neighborhood! All that energetic toxic effluent is being cleansed away.

An energy grid is under construction. Every time a new p.e.bal is placed in another home or work place a new energy node is established. As the density increases the energy fields overlay and the whole zone is cleansed and dynamically kept that way. Planetary healing by stealth!

If you are a proud owner of a p.e.bal or Shell Sheild (not quite as strong but they play their part) then thanks for your contribution to this plan!

Be the first to comment “Planetary Healing-Building a healing energy grid.”