In many circles – and, unfortunately, many high profile, high authority circles such as mainstream media – the topic of EMF and the risks of overexposure continues to exist under a cloud.

Those who wish to draw attention to the dangers do so in spite of the shadow thrown by naysayers – individuals, corporations, and governing bodies who continue to dismiss any claims that EMF is damaging the health of billions, and that much of what we deem progress is leading us further into a modern dark age of avoidable illness and death. 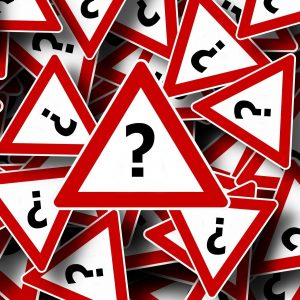 Information cannot spread with the same fluidity that we have witnessed for, say, the news about the recent health emergency. But, when EMF radiation poses such a significant and continuous threat, why is the information so stifled? Why, when we have more news outlets – and easier access to that coverage – than ever before, has every mainstream reporter failed to provide readers with the full story? And why do

Where Does the Truth Go?

For the most part, fears over EMF radiation are dismissed as fearmongering, and those who express their concerns are labelled conspiracy theorists. This narrative serves to push down the opposition through character assassination, in lieu of any rhetoric marked by factual proof.

While it may be difficult to accept, it is not hard to understand why so many dismiss these claims out of hand. There is a strong dichotomy between the world of risks, and the world of progress. Cigarette packages carry bold warning signs, whereas phones, laptops, and smart devices come in luxurious packaging, line the shelves of stores that more closely resemble art galleries, and feature in adverts that glamorize every aspect of living a near-futuristic life.

Similarly, when finally forced to confront the dangers of EMF radiation, large scale corporations turn to old data and outdated assumptions about the average individual’s degree of exposure. Safety limits are heavily outdated, and might as well come from a different world – one where Wi-Fi, 5G, and many of the devices we have rapidly integrated into our day-to-day lives simply did not exist.

Unfortunately, this old narrative often works. The most authoritative voices create and offer their support to the claim that EMF radiation is safe – that it has been tested under modern conditions and poses no risk to our bodies or wellbeing.

Why Can’t Their Assurances be Trusted?

We have written before about the unrealistic conditions in which cell phone exposure is being tested, where ‘safety’ demands that cell phone users up to 25mm away from the body. This is reflected in the ‘government guidelines’ inspired by outdated research from the World Health Organisation, from an era when cell phones did not serve so many needs, and keeping them in our pockets or under our pillows at night was not yet the norm.

The story is the same for 5G. A brand-new technology that will infiltrate our homes and daily lives more and more over the coming months and years, the inherent dangers of 5G are downplayed via old research never intended for such a formidable and prevalent source of EMF. How could it be supported by anything else, when our generation is the only test subject available?

Corporations whose billion-dollar revenues rely on continued sales – and whose growth will be vastly accelerated by the implementation of 5G – will not admit to the dangers. The world is already suffering, and no one can say with any certainty that ten, twenty, or one hundred years from now, this suffering will not continue to devastate lives across the globe. And yet corporations and tech giants continue to tell us just that.

Fortunately, when people do become attuned to the risks of EMF radiation, they are unlikely to return to the ‘conventional’ narrative pushed by mainstream media and large corporations. For this reason alone, we need to continue to challenge all information that is pushed forward, particularly when it calls to data that does not reflect the current landscape.

Similarly, we must continue to protect ourselves and our loved ones against a world that is being constantly reshaped by EMF. We need to respond in kind; as the world changes, so too must our habits. By arming ourselves with effective EMF protection, we can continue to protect our bodies and mitigate the impact cell phones, power lines, 5G, Wi-Fi, etc., are having all around the globe.

The next few years are set to reveal more about the profound consequences EMF radiation has on our bodies. Unless the facts are widely distributed among those who hold the strongest authority over tech markets, the situation may well have to worsen before any widespread improvement is seen.

Returning to the Office: Coronavirus and Other Invisible Threats

Be the first to comment “EMF Radiation: Why Safety Assurances Can’t be Trusted”