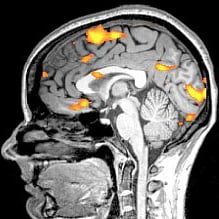 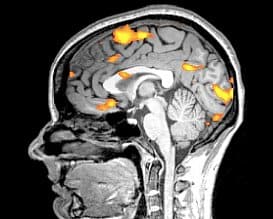 An Israeli mobile phone provider by the name of Orange, the operating name for Partner Communications, agreed to pay more than $110,000 to one of its clients who developed Ear Cancer.

This near-unprecedented case could well open the door for a flood of similar settlements worldwide as well as class action suits.

The claimant is 50 years of age and developed cancer in the left ear due to prolonged use of his Orange mobile phone.

The customer used his phone in a bomb-secure room which is common in almost all Israeli homes and in his case was used as an office. The signal strength was very low in this office and he had made continuous Phone calls for Business purposes.

Mobile radiation is higher than normal in places where the signal strength is low such as inside in an elevator.

Orange states that they have agreed upon a settlement purely on a Humanitarian grounds. The Company gave a statement saying “Orange is very careful in complying with the norms of WHO, Health Department, Communication Department and the other relevant departments.”

Contradictory to Orange’s Statement, The lawsuit filed by the customer contains medical records supporting the link between the use of cell phones and his cancer.

Did Orange agree for an Out of Court settlement fearing being found liable in a court of law?

Israeli cell phone usage is high with an estimated 400 minutes calling per customer, rising to 700 for those on unlimited plans.

It now remains to be seen whether this case is used as a precedent for future law suits and the cell phone industry experiencing something similar to what the tobacco industry experienced when the link between smoking and cancer was established.

In the mean-time we suggest you heed the manufacturer’s warnings as per below, moderate use, and get some stick-on protection.

Apple iPhone 4 safety manual says: “When using iPhone near your body for voice calls… keep iPhone at least 15 mm (5/8 inch) away from the body…”

And BlackBerry’s safety manual warning: “Keep the BlackBerry device at least 0.98 inches (25 mm) from your body”

The secret of eternal youth!

Be the first to comment “Cell Phone Company Cancer Payout”