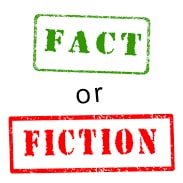 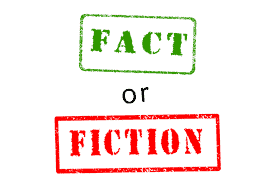 You can’t see it. You can’t touch it. You can’t smell it. But you sure can feel it. The effects of Electromagnetic radiation, from something as every day as a hair dryer or power tool, can be disastrous.

Electro sensitivity, the label given to the condition when electromagnetic exposure becomes extreme is rapidly increasing. We hear from sufferers every day, always distressed, often living life as hermits unable to function in the highly powered modern world.

Yet, doctors, governments, corporations and the man in the street are still in denial. They can’t see, touch or smell it; therefore, it doesn’t exist. Why when so much research proves that EMF affects our health and wellbeing is it not called out to be the demon that it is? Money? Convenience? And sheep mentality? If people are told that EMF is a myth they want to believe it because then they don’t have to look at their usage of Wi-Fi, electronic devices and all things electric. After all – they are told that it is safe and Electrosensitivity doesn’t exist – so it must be true. Why bother to turn the WiFi off at night then? The corporations, including the pharmaceutical industry may be making LOTS of money, but they have our best interests at heart. Right?

Why am I on this tirade? Usually this only bubbles under the surface with me. I don’t shout it from the roof tops – even though it’s what we do – try to help people who are suffering the effects of electromagnetic radiation. And, that is nearly the whole world population now! Wow, that is something to ponder.

I’m sounding off because a mother of a teenage girl contacted me. She was desperate and emotional. Her daughter was on anti-depressants and other strong drugs. A usually bright girl, she was failing at school and she presented what I would consider other classic Electro sensitivity symptoms. After extensive medical tests no answers were found, drugs were prescribed. The story seems endless but with what conclusion?

We need to discuss options obviously. I really wanted to help this girl, she reminded me of the first electrosensitive teenage girl we had worked with fifteen years ago who became electrosensitive because of energy saving bulbs at school. In the intervening years things have ramped up a lot EMF-wise, we are no more adjusted to it, so the problem of electro sensitivity is worse and more complex.

Cutting this story short, the mother cancelled our planned appointment, with me and the family, because she had been told by a social worker that her daughters problems were psychological. Now they may be, after all I am not a medical doctor, or even a qualified social worker, but as some-one who has loads of experience in what I do, EMF radiation and the protection from it, I consider myself a professional in my own field. I would have liked to offered up educating facts and figures. I would have liked to have tried to help. After all, if what we have to offer didn’t work, and I sincerely thought it would, we pay back any money spent. No loss to anyone – only time.

Whether the suffering teenager’s symptoms are psychological problems or not, she also, like all of us, is suffering from Electromagnetic exposure. For many it may not have become so severe that we have become electrosensitive – yet – but we are all being affected. Denial won’t make it better, or go away. We need to face it head on. Anything else is sheer madness.

Be the first to comment “Is electro sensitivity fact or fiction?”