What the manufacturers specifications of Hybrid cars don’t include! 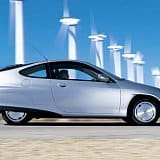 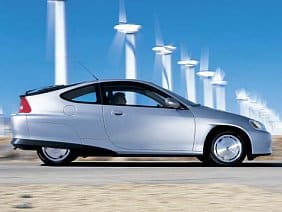 Concerned about global warming? Wanting to do your bit to protect the planet? So your thinking about buying a Hybrid car? Well there are some facts that the manufacturers specifications for Hybrid cars won’t include.

Hybrid cars by their very nature use powerful motors. These motors emit very high levels of EMF radiation (although there is controversy about the exact figures). So there you are saving the planet while sitting in what is equivalent to being under high tension power pylons! Well would you? Sit for hours under power cables? In a hybrid car the main power cables run right under the seats so you are very close to the source – often for long durations.

Testing with a TriField meter led Brian Collins of Encinitas, Calif., to sell his 2001 Honda Insight just six months after he bought it — at a loss of $7,000. He said the driver was receiving “dangerously high” E.M.F. levels of up to 135 milligauss at the hip and up to 100 milligauss at the upper torso. These figures contrasted sharply with results from his Volkswagen van, which measured one to two milligauss.
Neysa Linzer, 58, of Bulls Head in Staten Island, bought a new Honda Civic Hybrid in 2007 for the 200 miles a week she drove to visit grocery stores in her merchandising job for a supermarket chain. She said that the car reduced her gasoline use, but there were problems — her blood pressure rose and she fell asleep at the wheel three times, narrowly averting accidents.
“I never had a sleepiness problem before,” Ms. Linzer said,..
Source: The New York Times April 27 2008.

So when considering safe carbon monoxide emissions from a car – and we all should be doing that – think whether you want to damage your own health by being bombarded by electromagnetic fields. Is personal sacrifice going to benefit mother earth?

Sadly the more we ignore the effects that the EMF from all our electrical gadgets, tools, and cars are doing to us the more we are putting ourselves in danger of contacting the new disease “Electrosensitivity” and make no mistake it may not be life threatening in itself, but it puts a full stop on leading a normal life, enjoying modern technology – even electric lights and traveling in motorized vehicles (normal petrol or diesel. Hybrids would be a death sentence!) And there is no cure. No way back.

EMF has also been scientifically proven to cause cancers and other life threatening conditions. Insomnia. Depression, tiredness etc, etc. etc have become the norm and merely attributed to the stress of modern living – but – EMF radiation is more likely to be the cause!

So think long and hard as you browse through the glossy, inviting Hybrid cars sales specs. Have a test run, take a gauss meter (to measure EMF), educate yourself as to what EMF radiation is really doing to you.

And then take a long hard look at your own life and what you are really worth. And of course how you can truly help our planet without sacrificing yourself.

EMF from cell phones is worse in a car.

Be the first to comment “What the manufacturers specifications of Hybrid cars don’t include!”