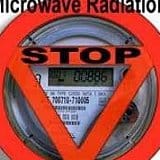 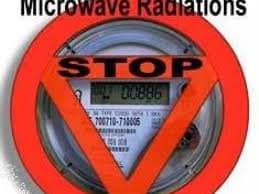 Every now and again we get a long testimonial that defies trimming into “sound bites” and deserves to be shared in its entirety for public consumption. This is one of those from a lady by the name of Jenese from Nelson, New Zealand.

It covers the subject of smart meters and wi-fi from the point of view of somebody slowly becoming aware of their symptoms resulting from exposure.

“Its been over a week since i got the smart meter removed – and the wifi turned off – I feel better now – no 24/7 grrr irritation energy – but what made the biggest difference and something I am always going to have to wear now is the pendant from a friend – this has changed my life!

The instant I put it on my grrr 24/7 irritation disappeared – what a freaking relief – it wasn’t natural and only occured with the installation of the smart meter at work and at home but crept up on me subtly stealthily – the second thing I noticed was that day after work I got home and actually had energy – I had been so exhausted after work it wasn’t funny – all I could do was nothing …only a bit of gardening …..and I had often wondered over the past months why my energy was so low for something I really enjoyed – I can now say I am feeling lots more energy and ……

Now my wellbeing is starting to come back – I can’t quite explain it – but with the absence of the wi-fi something is starting to shift and the deeper inner sense of wellbeing and graitutde and appreciation for life is returning – and all of it is very subtle but noticable because of its absence which was also subtle.

This is a video that I found that shows you what the pendant is doing ….and what it does with these dangerous frequencies: https://www.youtube.com/watch?v=RbjNLq6ZLzk

I am now going through a grieving process – why ? because I now realise that modern living is dangerous to my health an only a few know because they have been effected by it – while the rest don’t realise that their health is being compromised by stealth cos they can’t see it or feel it when I come into town I still get the occasional spike headache when I am in range of something …. I live in Hira 15 min from central Melson – and I start to feel a shift in energy when I get to around Founders park …yes I am sensitive living and meditating within nature tends to do that …

The thing is – now that I realise no one can stop this techonology – it’s military grade microwave which the WHO has classed as a carcinogen – the only thing now is for those who get it – to protect themselves as best they can from the effects – don’t bother talking about it to others as they will just look at you and judge you as a nutter – personally I didn’t think these things would affect me – I was wrong – and now I know – nor to be honest did I think the pendant and the pyramid would do anything – I am so cynical sometimes, but I was wrong.

So if you want to call me a nutter then go right ahead – but now I know first hand the insanity of this humanity to allow such a situation to get to this point and I really really am sorry for your children – even my grand kids who have to live within all this energy at their home and their school and every where in between. I would love to buy them one each and I am saving up to do so – because at the end of the day its the only thing I can do – but now they and my own kids think I am nuts …”

Thanks so much for letting us share this Jenese.

Jenese acquired our products from a reseller in Nelson and is talking about her Nu-Me pendant and P.e.bal

What do Brazil researchers know about cell tower radiation and cancer that your doctor won’t tell you?

Be the first to comment “Smart meters, Wi-Fi and Solutions – A Testimonial,”