Why EMF Levels Will Increase Exponentially Over the Next 10 Years 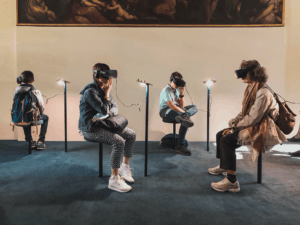 Living beings have been exposed to electromagnetic fields (EMF) since life first began; the earth has a magnetic field, which is why compasses point North, so does the sun, and even human beings themselves. However, while some sources of EMF are a natural and harmless part of the way the universe functions, other, man-made sources can actually be very dangerous.

Everyday electrical devices like cellphones produce a non-ironizing for of radiation that was considered for a long time to be harmless to humans – and in fact many still cling to this belief because technology is such an important part of our lives in modern times. The trouble is, the handful of studies that seemingly show EMF exposure to be safe are based on much lower levels than we are currently seeing, and also have not been performed over the long term because so much technology is relatively new.

In fact, current levels of exposure to EMF can have a tremendous impact on our health, and the health of our children and pets. The existing side effects of modern life are deeply concerning, but the evolution and growth of technology continues to gather speed in every area of our lives and thus EMF exposure poses a mounting threat to our wellbeing.

Learning more about the threats posed to us by increasing EMF levels, and finding the right EMF protection products to keep our homes and bodies safe, is now more important than ever before. Let’s look at some of the biggest concerns for the next 10 years…

The Roll Out of 5G

In a bid to enhance user experience and expedite data transfer, the introduction of 5G began in 2019, and is expected to become far more widespread over the next couple of years. Due to the high-frequency electromagnetic radiation used by 5G, more cellular towers (or antennae) will need to be built in close proximity to one another — around 500 feet apart, wherever 5G is available.

Experts are already warning about the dangers of living alongside 5G, and how drastically the proliferation of EMF-emitting cellular towers will increase our exposure to harmful radiation. Unfortunately, whether you decide to use 5G or not, the sheer number of cellular towers required to make 5G live up to expectations will make it very difficult for anyone to avoid exposure, making it more important than ever that you find the right EMF protection products to keep you and your family safe.

The popularity of ‘Smart Devices’, which is a catch-all term for gadgets and appliances that are capable of communicating and performing small tasks about the home and workplace, has grown rapidly throughout the previous decade.

Intelligent personal assistants, such as Alexa, along with smartphones, smart lighting, smart TVs, and smart home security, are now common features in many homes around the world, making it increasingly difficult to find an area that has not yet been transformed by the new generation of smart technology.

The trouble is, Smart Devices work by connecting appliances, lighting, and other devices in your home to your WiFi router, which works by sending and receiving data wirelessly, via radio waves. As a result, the more Smart gadgets you introduce into your home, the more radiation you are exposed to whenever these devices are switched on — which is all the time.  And without EMF zone protection products, this radiation has free reign over your home, and body.

Unfortunately, the trend for Smart Devices is set to continue rising; while the number of ‘Smart’ households currently sits at around 25%, this is expected to rise by almost 20% over the next four years, creating a dangerous environment within many homes across the world.

In addition to Virtual Reality gaming, which is on the verge of breaking into the mainstream, experts predict that the next 10 years will see a whole host of new wearable technology.

Naturally, this is very bad news from an EMF exposure point of view – especially as many of these devices will doubtless be wireless-enabled. Such wearable tech could even pose a greater risk than cellphones do currently given the increased time many would spend with these gadgets at close proximity to the body. In such circumstances, wearable EMF protection products will an even more vital antidote than they are today.

What is Being Done?

The dangers that living alongside so many powerful sources of EMF radiation pose to our health are well known, researched, and documented, but many continue to turn a blind eye to the risks they are taking each and every day. In general, many people continue to submit their bodies to lethal (and rapidly increasing) quantities of radiation, and risk myriad side effects and health complaints as a result.

As of early 2020, nobody is yet able to predict quite how the introduction of 5G antennae will impact our lives, but our current understanding of the dangers of overexposure to EMF foretell devastating consequences.

With such a high level of radiation present in our day-to-day lives, and so little concern from governing bodies around the world, we must be sure to invest in reliable EMF protection products in order to give ourselves, our families, and our pets the shielding they need to continue living — and working — in an increasingly technology-reliant age.

Why some people heal and others don’t.