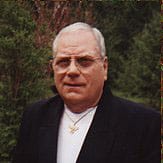 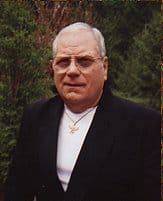 Dr Joseph Puleo, (pictured right), a naturopathic physician and one of America’s leading herbalists, in his search for the “lost” Solfeggio musical scale was inspired to examine the Bible where he uncovered in Genesis: Chapter 7, Verses 12-83, that there were a pattern of six repeating codes around a series of sacred numbers, 3, 6 and 9. When these were deciphered using the ancient Pythagorean method of reducing the verse numbers to single digits, the codes showed a series of six electromagnetic sound frequencies that correspond to the six missing tones of the ancient Solfeggio scale.

The Solfeggio musical scale which had been used by monks in their Gregorian chants had been deliberately buried in the Vatican vaults because of its effectiveness which undermined the power and control of the Catholic Church.

Dr Puleo with Dr Leonard G. Horowitz, well known for his work in investigating AIDS and vaccines, co-authored the book, “Healing Codes for the Biological Apocalypse,” Because of this book the power of the Solfeggio frequencies has been reintroduced to the whole world.

Since its release, Dr Horowitz has continued his tireless and incredible research into the Solfeggio tones. He truly believes that the Solfeggio frequencies are the answer to all the ills of humanity

He has therefore called this ancient Solfeggio musical scale as “The Perfect Circle of Sound” due to its immaculate symmetry of mathematics, sacred geometry (three perfect triangles) and sound frequencies.

He has since deduced three more notes that should be added to this scale. The frequencies, 174 hz, 285 hz, 925 hz, which when added in with the six original Solfeggio frequencies, create three perfect triads of notes: 3 x 3 = 9.

9 being the sacred number of completion.

Watch this space to see how the introduction of these extra frequencies will be used by the Quantum TrailBlazer.