Beat the Menopause with brisk walks. 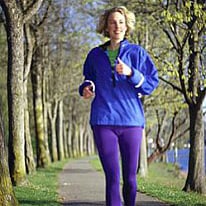 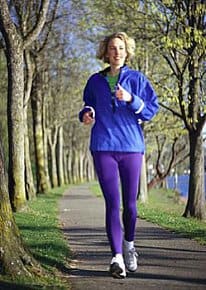 For those women who haven’t got there yet – the menopause is just one of those things women go through in middle age. No big deal. And men will never understand what all the fuss about the menopause is. But for most menopausal women the symptoms of the menopause rule their life.

Scientists have found that a brisk daily walk can combat the anxiety, depression, stress that accompany the physical effects of the menopause.

Those that walked at 4mph for 90 minutes five times per week had significantly lower stress levels than those who did no exercise.

This information made sense of something my gynecologist said to me, that I couldn’t understand, and dismissed when I was seeking help for my disabling menopausal symptoms. A no-non-senses Indian, she told me to exercise! That her mother in India who was in her nineties had sailed through the menopause because she walked every where. There was no option in the remote village where she lived.

At the time I had wondered how on earth she could compare me, a modern woman, with her old mum. But in the light of this study oh how I wish that I had not been so dismissive and given it a try. Do we always need scientific proof of what the old and wise have always known?

If you are suffering why not put on your walking shoes – what have you got to lose?

One thought on “Beat the Menopause with brisk walks.”