Is there really a cure for night terrors? 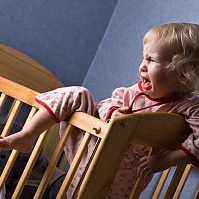 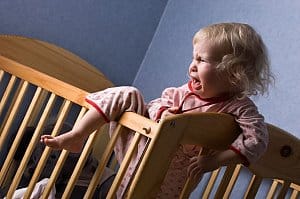 The name Night Terrors is so apt – it is a perfect description, but what are they? No one knows what causes them. There are theories but no concrete evidence. One belief is that they are mysterious glitches in the smooth transition between stages of sleep. Another school of thought is that they are attacks by malevolent, non physical entities. What ever the truth is it does not make them any easier to deal with. They are terrifying.

There has been no cure for Night terrors which affect 15% of children! Imagine how helpless parents have felt? Watching their children suffer and not being able to do any thing about it. A parent deepest instinct is to take away their child’s suffering or bear the pain themselves. Although not as common amongst adults they are in no way exempt. They start at any time of life and to any one. I know it happened to me – completely out of the blue. I didn’t know what had hit me! The first time it happened I woke myself up screaming. Nothing was there. The rest of the night I dared not even close my eyes unless it happened again. I didn’t know that it was a condition, and that it was called night terrors.

For me they would strike out of the blue. It did not matter where I was – at home in my own bed, in a hotel, staying with some one else or camping in a field I would wake myself and my husband with my blood curdling screams. I didn’t see any thing. I didn’t feel anything – except terrified. So frightened that I would lie awake for the rest of the night wondering what the hell had happened. I knew that it wasn’t a nightmare. It was a million times worse

I believed that I was the only person in the world who did this. That in some way I was demented or at the least disturbed. I didn’t talk to any one about it and hoped that it would just go away. It would stop as swiftly as it had started.

I had never heard the term “night terrors” until I was here in New Zealand. I was talking to a young mother whose son had them, I related to what she was saying, this was what I was experiencing. Night terrors – I could give it a name. It was comforting in an obscure way to know that I wasn’t the only one. That this was a condition, albeit without a scientifically know cause, or a cure.

Now that I knew what I was looking for I researched only to be dismayed at how little was known about this affliction. How dreadful for the parents that had to watch their children suffer. I was an adult and it scared me to death. My husband, who couldn’t understand what was happening to me, felt helpless.

It was David, my husband who did indeed find a cure for me – albeit in a very round about way. He was experimenting with what he called Orgone, a technology that he had discovered on the internet (what a wonderful place) that belonged to a scientist Wilhelm Reich a contemporary of Einstein. Reich’s technology moves and balances life energy. By layering metal and organic material (wood or cotton) he was able to move energy. At the time Reich’s work was very controversial and was suppressed (as lots of good stuff often is) but it is now undergoing a revival.

David’s interest in Orgone became an obsession and our home was filled with devices. We got on with living with them – and, I am ashamed to say, taking them for granted a little. By now we had started our business Life-Energy Designs (the name says it all!) to see what we offer see products

It took some time for me to realize that I had not suffered with a night terror for a long time. I was grateful but gave it little thought until we went away. I woke up screaming – they were back! Why? It was only when we were back home that I realized that we had not had one of our orgonite devices with us!

Were they the answer? I couldn’t be sure so I asked my friend, the one with the little boy that was a night terror sufferer, to take one of our products and try it. It worked. No more night terrors. Gone!

She was so relieved that she wanted to broadcast it. So she spoke to other parents who had children who were afflicted by this terrible unknown who also tried our product. They had the same results. 100% banishment of night terrors. To read about some of these results see Case studies

I wonder if in the 1940 Reich had any idea that he would be helping people in the 21st century over come some thing that he may not have even heard of – night terrors? I hope that he is turning in his grave – with satisfaction.

Why Are We Still in the Dark About Insomnia

Be the first to comment “Is there really a cure for night terrors?”