Mammograms are more harmful than you think 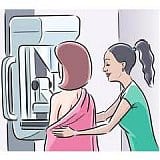 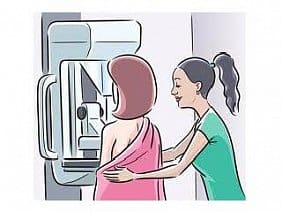 Whilst Mammograms are widely accepted as an effective method of screening for breast cancer, experts have suggested that they may cause more harm than good.

Whilst undergoing a mammogram, women are exposed to radiation. And as we know radiation is a cause of cancer.

An oncologist, brain surgeon and neuroscientist, Dr Russell Blaylock has estimated that by having an annual mammogram the risk to breast cancer could rise by 1% to 3% per year. He states that “some radiologist claim it could be even higher than that.

A research study, published in July 2006, on 1,600 European women, found that women who undergo at least 1 mammogram could raise their chances of developing cancer by 54% compared to women who never had one.

In his book The Politics of Cancer, Dr Samuel Epstein wrote “Regular mammography of younger women increases their cancer risks. Analysis of controlled trials over the last decade has shown consistent increases in breast cancer mortality within a few years of commencing screening. This confirms evidence of the high sensitivity of the premenopausal breast, and on cumulative carcinogenic effects of radiation.”

But it is not just about the radiation. Whilst having a mammogram the breast can be literally crushed in order to get a clearer image. The pain can bring tears to a woman’s eyes.  This physical manipulation of tumors, if they are present, could trigger the spread of cancer cells into the system, elevating the risk of future metastasis.

Dr Charles Simone, a former associate of the National Cancer Institute stated “mammograms increase the risk for developing breast cancer and raise the risk of spreading or metastasizing an existing growth”

A lot of doctors do not feel that having a mammogram is an effective way to detect breast tumors.  A Swedish study published in the British Medical Journal that involved 60,000 women revealed that 7 out of every 10 tumors showing up on mammograms were false positives.  These false positives can result in unnecessary emotional anguish, financial problems and even invasive biopsies and physical maiming.

Dr Blaylock said “diagnostics are really not that accurate and they are causing a lot of women to have chemo and radiation for no reason at all,”

And not forgetting that they lose their breasts through mastectomies too.

To make matter work, some research which included a large recent study by Canada which followed 90,000 women over 25 years showed that the overall death rate from breast cancer was not lowered by the mammograms.  Whilst it is clear that some women could have been saved by mammograms, it is probably also causing harm to others.  It is important here to make the distinction between statistical and emotional analyses and to keep the big picture in mind.

So, why do mammograms remain the main tool for screening?

Dr Blaylock also said “There is evidence that mammograms are not really that diagnostic and may be inducing breast cancer, particularly in highly sensitive women. But so much money is being made, and so much money has been invested in these units in hospitals, that no one wants to admit the truth,”

There are alternatives to mammograms.  Thermography is a safe and very accurate diagnostic method that can detect breast cancer many years earlier than a physical exam and mammograms.  It is also inexpensive.  Progressive physicians in the US and Europe have been using this method since 1962.