Few U.S. Senators are waking up to the reality of destructive radiation from Smart meters 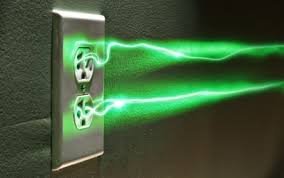 Smart meters, whatever building they are installed in, are known for releasing dirty electricity and high-pulse harmonics into the internal wiring. They are also known for emitting electromagnetic radiation frequencies, know as RFs or EMFs. They are transmitted into every workplace, living space or any place where fitted with a smart meter.

ActivistPost.com say that smart meter devices are similar to microwaves – that didn’t have a door on and can not be turned off whilst generating what are known as non-thermal adverse health effects.

The World Health Organization’s IARC has classified such emission as a Class 2B carcinogen, but people do not seem to think that this is important. Some senators, however, are coming to realize that there are also other potential dangers from using smart devices.

Essentially functioning as the brain of our smart technology, through the large network of cellphone and wi-fi towers, it appears that t doesn’t just have a few holes in it but it is open to being hacked and taken down relatively easily.

To enhance the security of the USA’s energy grid, 4 senators have come up with a proposal. In June 2016, a bill was introduced called the “Securing Energy Infrastructure Act”. They essentially proposed to use the analog technology at utility companies to help reduce their vulnerability. But this would still leave consumers with smart devices open to attack.

There is nothing new about the lack of security associated with smart meters and in 2013, the BBC did a report on the many flaws in security in these so-called “smart” devices. Eireann Leverett, a Security consultant form IQ Active told the BBC of the 2 primary ways of hacking into smart meters. 1 was through their mobile communication network and the other was through tampering with their hardware.

Through their mobile network, they are able to hack many devices at the same time and this is what concerns us most. 1 individual may not be seen as an important threat, but why stop at one when you can take out all the meters in roughly the same amount of time?

Smart meters are as threatening to national security in the USA as they are in the UK. If the USA will not try to make their energy grid safer it will be up to individual citizens to protect and prepare themselves.

Negative people are vampires – they drink our positive energy like blood!

Be the first to comment “Few U.S. Senators are waking up to the reality of destructive radiation from Smart meters” Cancel reply