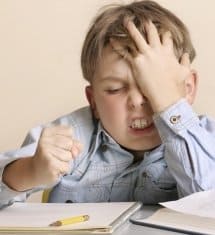 Schools are some of the worst places to be affected by Electro-Magnetic radiation- Wi-Fi networks, computers, energy saving bulbs or strip lighting etc, etc, etc. These are the places where we would expect our children to be safe and cared for but until there is extensive education about EMF and EMF protection our kids are exposed to the risks of EMF (Electromagnetic) exposure. It is doing its worst unimpeded.

The symptoms of EMF radiation are varied and sometimes obscure. They can be far reaching and life debilitating. What an impact this will have on youngsters who have a life time ahead of them not only to battle the bombardment of radiation from EMF but to cope with the long term effects on their health and the qualifications they get from what they learned or weren’t able to!

We are crippling our childrens’ future because of lack of awareness of the dangers of EMF. Protection from EMF is imperative. Treatments for ADD and other learning difficulties with drugs are not going solve any problems when the cause has not been identified. Food additives have been shown to be one cause, but EMF radiation is probably the biggest and as yet generally ignored culprit.

“ Thought I would let you know that my daughter was having problems concentrating at school while asked to do tasks by her teacher. I was in the class room the other day and felt and noticed there was a lot of EMF around, as they have a lot of computers in their class room. I put my old Nu-Me Protective pendant on her and she has been doing great ever since with concentrating on her work. Hopefully we can get her one of her own for her birthday.

PS I would love to put a P.e.bal in the class room but I think the teacher will think I am mad but might start putting one in her bag.”

We send our kids to school to learn. That’s a no-brainer? Aren’t there massive gaps in what they learn though? As we are getting 100 million times more EMF exposure than our grandparents shouldn’t we ensure that they not only learn about EMF radiation but also provide them with EMF protection too?

Be the first to comment “Learning difficulties because of Electromagnetic radiation – Effects of EMF radiation in schools.”