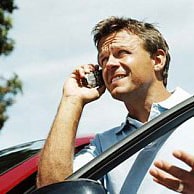 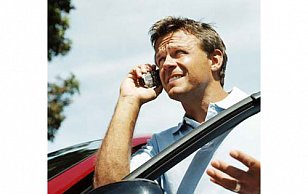 “Spending hours on a cell phone each day may affect the quality of a mans’ sperm, preliminary research suggests.

In a study of 361 men seen at their fertility clinic, researchers at the Cleveland Clinic found an association between the patients’ cellphone use and their sperm quality.

On average, the more hours men spent on their cellphones each day, the lower their sperm count and the greater their percentage of abnormal sperm.

The findings published in the journal fertility and sterility, add to questions about the potential health effects of cellphones and other wireless devices.

Some studies, for example, have linked long term cellphone use to a higher risk of brain tumors, though other studies have found no connection. (But were these studies done by cellphone companies?)

The concern is that over time, the electromagnetic energy emitted from mobile phones could theoretically harm body tissue – by harming DNA, for example – – – – – .”

As with most information about the adverse affects of EMF the facts are always contested to create an element of doubt! This enables the companies of products that emit EMF (EMR) to make more money, for governments to ignore their responsibilities, and for those that want to ignore the dangers and remain in denial.

It is the old story of tobacco all over again!

However for those who are wide awake and refuse to have the wool perpetually pulled over their eyes is not a hopeless, helpless situation. You are the ones in control – have a look at solutions.

Snoring- does it keep you awake?

Be the first to comment “Heavy cell phone use may reduce sperm quality.” Cancel reply