The 21st century has transformed our reliance on technology at a rate that is arguably unmatched by any other point in history; technological advancements, and supposedly revolutionary devices 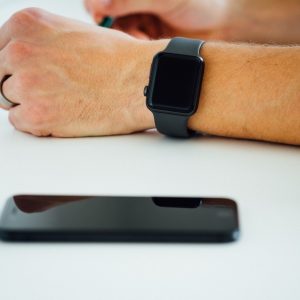 that will alter the ways in which we live our day-to-day lives, mark the passing years and, at times, months.

The overwhelming majority of us do, as expected, come to rely on these new devices. They become ubiquitous – vital, even, to our ability to get through a day spent at work, or travelling, or even just at home.

Perhaps, then, the most dangerous pieces of EMF-emitting technology are those which we carry around with us near-constantly. While other devices that emit dangerously high levels of radiation may well pose a higher and more immediate threat to our health and wellbeing, these smaller, indispensable devices are slow burning – and their long-term effects are devastating.

If, in the next few moments, every major news source flashed red with critical alerts and urgent warnings pertaining to the sudden and global threat of cell phone radiation, then it is likely that much of life would grind to a halt. From business to dating, education, shopping and entertainment, there are very few areas of life that are not becoming increasingly entwined with our phones.

The trouble is, cell phone radiation does pose a global threat but, at the same time, very few of us have the luxury of discarding our phones, and distancing ourselves from the threat altogether.

We spend a great deal of time on our phones, and though it seems common knowledge that losing more than three hours each day to our handsets should be considered excessive, there is a certain level of dependence and attachment that many of us feel toward cell phones.

This habit of reliance is almost as dangerous as cell phone radiation itself; it serves to numb many of us to the very real threat, as life without these devices seems inconceivable.

Any device that is able to function wirelessly will emit a continuous stream of radiation into the surrounding area; those signals it uses to communicate with other devices are not benign or isolated – they are all around us in the form of non-ionising radiation, and they are easily absorbed into the body, where they take an extreme toll on our energetic systems.

In the case of wireless headphones, this EMF is being absorbed directly into the brain, which is incredibly vulnerable to electromagnetic radiation. This is a terrifying consequence that many are not even aware of, though it renders us vulnerable to potentially devastating health complications.

Alongside cell phones, laptops represent yet another device that most of us cannot afford to live without. Whether you use one every day for work, or use it during the weekends for shopping and keeping in touch with friends and family

When switched on – and, in particular, whenever they are connected wirelessly to the internet – laptops are continuously emitting an unbroken stream of electromagnetic radiation. When we consider the risk of storing a cell phone in our pocket, the risk of using a laptop on one’s lap becomes even clearer to see.

Once again, perhaps the greatest risk lies in their necessity; life and work would become virtually unmanageable without laptops, which means that those who ignore the risks do so because they do not see any viable alternative.

Tablets are, essentially, extensions of our cell phones; they are yet another piece of tech that must be held extremely close to the body in order to work. They communicate wirelessly with Wi-Fi networks, and offer a wide range of Apps that can easily drain our time, and force us to lose track of the hours we spend on them.

What is also worrying is the proliferation of Apps targeted towards kids. Whether they are educational or entertaining, we are exposing an entire generation of young children to extremely high doses of EMF without first developing a reliable, evidence-based understanding of the long-term effects.

While cell phone companies are able to distance themselves from the inherent risks of cell phone radiation by recommending that the devices are not stored in direct contact with the body, smartwatches are a little different. Though they communicate wirelessly with the Wi-Fi network, they are designed to be kept in direct contact with the wrist – even when we are not actively using them.

This represents a significant risk. Even if we only wear them when we are at work, for instance, that means that we are exposing ourselves to a potent source of radiation upwards of nine hours a day, with no form of protection standing between our skin and the device.

What Can You Do?

Our lives have become oversaturated with EMF, and we are all incredibly vulnerable to the consequences. The first step toward protecting yourself against EMFs is to learn exactly what the threat is, how it impacts our daily lives, and why it is so vital that we shield ourselves against it.

There are a number of simple habits and changes we can instate. Growing more critical of the relationships we have built with our technological devices, and working to create as much distance – both physical and mental – from our phones, laptops and other devices as possible, is a practice from which we can all benefit.

On a more practical level, taking steps such as shutting off the Wi-Fi at night, working on a desk rather than our laps, taking phone calls and listening to music through a wired headset, and utilising sufficient EMF protection products that offer targeted and zone protection against harmful radiation.

Our habits are compromising our health, and the only way to ensure that our lifestyles support us right now, and going into the future, is to re-evaluate our dependence on technology, and to take practical steps toward making modern life sustainable, and safe.