A healthy alternative to Wi-Fi 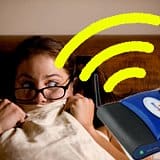 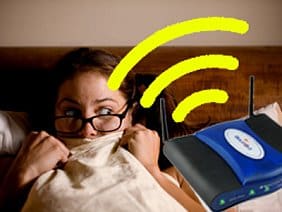 Wi-Fi is convenient and you can’t argue with that. It’s everywhere and you can’t escape that. It has become so much a part of the convenience of life that few give any regard to the health issues associated with Radio frequency radiation. It’s a bit like burying your head in the sand like an ostrich who thinks that because he has he can’t be seen. But – the dangers are still visible in the symptoms that people suffer as a result of being subjected to ionizing radiation.

The arguments for having Wi-Fi are numerous and understandable – until now that is. Having numerous computers in a home, business or school no longer gives credence to the argument for Wi-Fi. There is an alternative.

We have never had Wi-Fi, at home or in the office. We are daily faced with people that are suffering from them so the dangers are real to us – in our face all the time. But that doesn’t mean that we haven’t grumbled about trailing Ethernet cables and the restrictions that this brings. It was the constant moans and limitations that led David on a search for a possible solution. And he found one – Ethernet over power line. It is easy, one adapter plugs into the modem and another adapter plugs into the power supply where ever the computer is with an Ethernet cable from it to the computer. Several can be used to create a network as long as they are all plugged into the same power supply.

There are several Ethernet over power lines on the market – do a Google search -we haven’t tested any other than the one we are successfully using, so can’t give any expert opinion on them.

Switch from Wi-Fi – and do the families health a favour. The tide is turning – France has banned Wi-Fi in their schools which proves that even governments are waking up. There is an alternative to Wi-Fi – and it is a healthy one!

Made in New Zealand – and much more.

Be the first to comment “A healthy alternative to Wi-Fi”