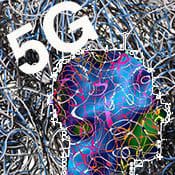 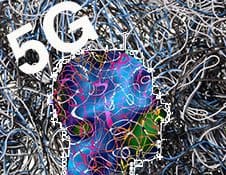 Firstenberg founded the independent campaign group the Cellular Phone Task Force and since 1996 he has been arguing in many published articles that wireless technology is hazardous.

Firstenberg’s statements on the subject include:

With the understanding that wireless networks are harmful to humans he considers the development of the next generation constitutes an experiment on humanity and the environment and is a crime under international law– as stated in his latest petition.

The petition adds: “5G will massively increase exposure to radio frequency (RF) radiation on top of the 2G, 3G and 4G networks for telecommunications already in place.”

People are Worried about 5G

Here at Life Energy Designs we are getting worried emails daily as more and more 5G transmitters are rolled out in people’s neighbourhood.

It seems that the introduction of 5G is waking people up to the dangers of wireless radiation to the point that it is reaching the pages of mainstream news sites such as the Daily Star in the U.S – as shown by this interview.

We have been making our devices stronger to help mitigate this threat but our position is that THIS NEEDS TO BE STOPPED. There have been some promising results with legal challenges and petitions in some locations around the globe but it is time for us to start working together and standing up collectively against this criminal act against humanity.