W-Fi in Schools – a precautionary approach. 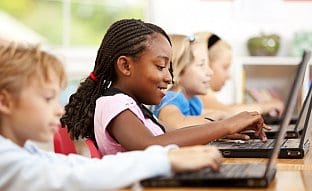 If you have your own children or family members in school with installed wi-fi you really need to watch this video.

Basically there are two ways to go about the subject of providing wi-fi in schools.

1) Expose our children to Wi-Fi and hope that there are no long term negative effects. In New Zealand they call this approach the “She’ll be right mate” approach.

2) Take note of the research that has been done already to show wi-fi is harmful to the human body, assume that children are going to be more vulnerable and so remove it until a time when it has been proven to be completely safe. I have spoken to enough people who are being made ill with wi-fi that I will say that it will be a case of “until a time when a replacement, safe technology has been introduced” as there is no way that the current version is good for our health.

Fortunately more and more schools in countries around the world are switching over to option 2 and taking a precautionary approach. They are not restricting the kids’ access to computers and the internet – just simply hard-wiring their connections and leaving out the wi-fi.

Share the video below with everybody you know with children in schools with wi-fi operating. If the principle is inclined to go with option 1, then make sure they see it and, if necessary, gang up on them with an educated group of parents. Installing ethernet cables is an expense but will certainly be cheaper than their legal bills when their are class-action suits similar to those that happened with the tobacco industry!

If your child is exposed to wi-fi at school or at home and has unexplained health issues, please take note of the story below. This case is extreme and not included to scare anybody, just increase awareness.

Educate yourself more about EMF here

Reported in the U.K papers – The Daily Mirror and the Sun.

A British schoolgirl was found dead in woodland after complaining of suffering an allergic reaction to her school’s WiFi system, an inquest heard.

Jenny Fry, 15, was found hanging in Broke Wood near her home in Oxfordshire, U.K .

Jenny’s mother claims her daughter died because she suffered from a condition known as electro-hypersensitivity (EHS) and told Oxfordshire Coroner’s Court her daughter was badly affected by the wireless internet at Chipping Norton School in Oxfordshire, where she was a student.

Jenny’s EHS symptoms included tiredness, headaches and bladder problems, ( NB symptoms can vary from person to person) and are believed to have started in late 2012. The symptoms were never investigated by a doctor.

The family removed WiFi from their home, but say that Jenny continued to be made ill by the school’s wi-fi.

Jenny’s parents told the Coroner’s Court that their daughter would often hide in empty classrooms and would only sit in particular seats-  far away from the router as possible.

Jenny’s mother alleges that Chipping Norton School did not do enough to help her daughter.

“I took lots of information into school to show the head teacher, Simon Duffy, but he said there was equally the same information available claiming WiFi was safe,” she said.

In his verdict, Oxfordshire coroner Darren Salter said he was unable to rule out the possibility that Jenny intended to make a cry for help rather than taking her own life.

The World Health Organisation defines electromagnetic sensitivity as being “characterised by a range of non-specific symptoms that lack apparent toxicological or physiological basis or independent verification.”

Although EHS is not recognized in the UK, it categorized as a disability in Sweden.

Does using a cell phone cause insanity?

Be the first to comment “W-Fi in Schools – a precautionary approach.”