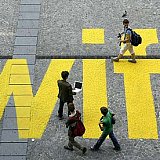 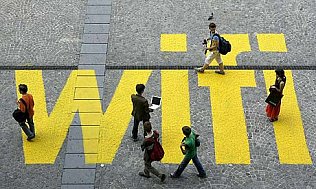 On March 19, the French National Assembly passed an amendment to ban Wi-Fi in their schools until its proven ‘safe for human consumption.’

The National Assembly agreed to recommend safer, wired Ethernet cable connections. This supports the ‘precautionary principal’, which errs on the side of caution when there’s no evidence of safety, which the EU, including the UK, is signed up to.

The telecom industry is still denying that Wi-Fi is harmful, despite all of evidence to the contrary, especially to the developing brains and ability to learn of children. There are now scientific studies showing easily measurable changes in blood hormone levels related to radio-frequency signals. This verifies the symptoms commonly associated with RF exposure. Denial is getting harder and harder – thankfully.

This poses the question as to why some governments are so slow in acknowledging the dangers that EMF radiation and Radio frequency exposure bring. Check to see whether your child’s school uses Wi-Fi and if it does bring it to the attention of the principal of the Wi-Fi ban in French schools because they recognise the health hazards to the pupils and teachers.

Be the first to comment “France Wi-Fi Ban in Schools”