What can help tinnitus? 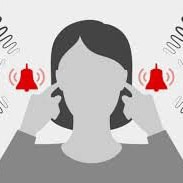 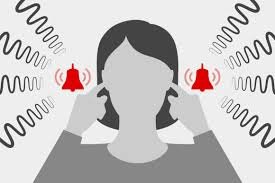 Tinnitus, a medical condition that causes ring in the ears, is more common than you may think. Because we can’t see someone is suffering with it because they look, act and appear to be fit and able, doesn’t mean that tinnitus isn’t as debilitating as any other illness or dis-ease.

For some it is so relentless they consider suicide.

What is the cause?

Although there has been lots of research done about tinnitus there is no solid conclusion as to what causes it nor why it affects some, and not others. It seems to have genetic roots but affects both genders and doesn’t necessarily follow a pattern.

Where have I got my information from? What makes me consider myself to be somewhat of an expert on the subject? Do I even suffer from it? No. But my mother did. Now DID is the important word here.

My mum’s tinnitus started at age sixty a few years after Dad passed away. It is not uncommon for the onset of tinnitus after a bereavement, we receive many emails as a testament to this. Mum’s tinnitus was the relentless sort. She sought medical help, which was, for the most part, a dead end. As the cause isn’t known the treatment is at best hit and miss. It’s frustrating. Doctors don’t have the answers however well-intentioned.

A tinnitus research program in the UK and a support group helped Mum to work with her condition. She took high doses of Zinc, which robbed her of her smell, and tranquilizers. It meant that she coped- most of the time.

There were many times though when she didn’t.

Background noise and white noise generators helped. Her radio was always on. The strange thing about tinnitus is that it often affects those that are partially deaf or hard of hearing, so outside noise isn’t coming in, but the inside noise, tinnitus, more than makes up for it.

No wonder people think they are going mad or even that they are already mad. I really don’t think anyone that hasn’t experienced it has a clue as to what it is like. I witnessed my Mum pacing the floor, crying while holding her head in her hands because she didn’t know what to do with herself. How to get relief.

Mum is now ninety-eight fit, active, and her tinnitus has gone – completely. How? For many years she was helped enormously by wearing a Nu-Me pendant. Of course, the original version had much less power than the Skinny Nu-Me’s of today. With the advancement of the balancing, protection, stress relief of the Nu-Me pendant we saw improvement in the voracity of the tinnitus. She coped better and went for periods without its interference in her life. When it did surface, we noticed that it was at times she had more stress.

A couple of years ago mum moved into a care facility. She had had a mild stroke and living alone became hazardous. Still fiercely independent she didn’t want to live with either of her children “And have to share their kitchen”. She still loves to go out for a meal, coffee and to shop. She gallops along with her walking aid. No longer does she have to pay bills, organise property maintenance, get meals, do laundry, cleaning, gardening, think about security, her own health or even carry any money or a purse. Now she does think about whether her clothes are colour co-ordinated and which fake bling she will wear with them. Who she will socialize with and if she wants to go out on the organised bus trip, usually to the sea.

So, what has drastically changed? Isn’t it obvious? Stress – it has been reduced to almost nothing. For the first time in her life, at ninety-eight, after working all her life, she is kicking back and – well just living.

For me, no one can deny that Tinnitus and Stress are linked. Whether it is the root cause or not I am not qualified to say. Knowing Mum’s story, and a few others that may not be as dramatic but are certainly similar enough, I have no doubt that tinnitus can start with stress, be managed with stress management and can be ceased when becoming stress-free.

As with all things none of us are victims. Often, we need to look at our lives and how we live them with sometimes taking action to change them. Or at least change what stresses us, or how we handle it. Downtime, me time, relaxation, destress techniques, meditation are all really important in our increasingly stress-filled lives. Using tools like the QSB to destress the body in just 30 minutes, as blood testing proves, is an easy way when, for most of us, busy lives don’t leave enough time to truly take care or ourselves as we should.

To those that have tinnitus, my healing thoughts are with you. I have suffered in seeing someone, I love very much, suffer. I am so grateful that she is no longer plagued by it, and sincerely hope that you also find peace and freedom from it.

Chopping Down Trees for 5G

Be the first to comment “What can help tinnitus?”