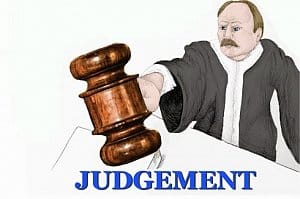 A case was brought against Comcare which is the Australian government agency in charge of enforcing worker safety laws. Isn’t that ironic? Dr McDonald, a researcher and employee of the Commonwealth Scientific and Industrial Research Organisation (CSIRO) since 1994 made four claims for compensation:

1. aggravation of an electromagnetic hypersensitivity syndrome;

3. permanent impairment which has resulted from the adjustment disorder;

Comcare refused each claim. Their argument was that electromagnetic hypersensitivity syndrome is not an ailment. No surprise in that as it is not acknowledge as a medical condition in most countries. The case was brought to the Administrative Appeals Tribunal of Australia, which overturned Comcare’s decision on all claims except the claim of permanent impairment.

This case was another significant step forward in recognition of the effects that Electromagnetic radiation has on the body even though the Tribunal did not recognize electromagnetic hypersensitivity as a medical condition. They did however accept that Dr McDonald suffered from a medical condition that was aggravated by exposure to EMF and resulted in migraines, depression and other symptoms.

This is indeed a step in the right direction.

Be the first to comment “The Australian government were ordered to pay claims for health damage of an employee with Electromagnetic hypersensitivity.” Cancel reply