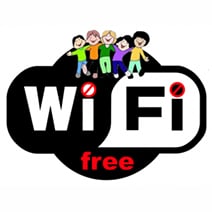 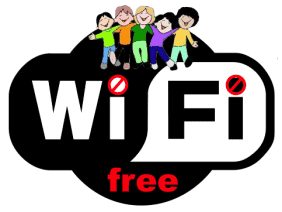 The Swiss Government feels that Wi-Fi, and devices using it have the potential to do great harm if used incorrectly so they are giving warnings to their citizens.

The study by Magda Havas of Wired vs. Wireless Internet in Schools shows the health risks when Wi-Fi is used to connect laptops, iPhones and iPads to the internet by using harmful microwave radiation. And that base stations, cordless phones and baby monitors constantly radiate microwave radiation which increases the risk of cancer.

“These findings indicate that the genotoxic effect of electromagnetic radiation is elicited via a non-thermal pathway. Moreover aneuploidy is to be considered as a known phenomenon in the increase of cancer risk. Thus it has been possible to show that mobile radio radiation can cause damage to genetic material, in particular in human white blood cells, whereby both the DNA itself is damaged and the number of chromosomes changed. This mutation can consequently lead to increased cancer risk.”

study Wired vs. Wireless Internet in Schools -The Swiss Experience.

Switzerland, the founder of the World Wide Web, as a result of this study is providing fibre optics instead of Wi-Fi to its schools free.

Meanwhile most of the rest of the world is not only embracing the wireless revolution it is hugging it so closely to its chest that you would think it was its best friend. And the fall-out of course is for our younger generation who are subjected to Wi-Fi in their schools whether we like it or not.

Be the first to comment “What are the dangers of microwaves – Swiss government give warnings.” Cancel reply