Making teaching our kids about EMF protection Fun with the Snappy and RadiSafe. 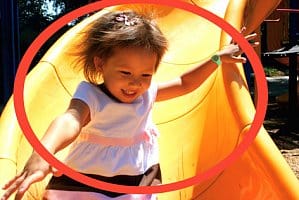 Being afraid of EMF doesn’t make it go away. Nor does ignoring it and that can have disastrous circumstances. Research proves, beyond any doubt, that exposure to EMF/EMR (electromagnetic fields/radiation) is a hazard to our health, especially for children whose bodies and brains are still forming and growing.

In this crazy world where big bucks are more important than human life children are used deliberately in cell phone advertising. The ahhhh aren’t they cute? emotional response not only grabs adults but evokes the envy response in kids of “I want one too”.

It is all very calculated psychology, but when you consider that a call lasting just two minutes opens the “blood-brain barrier” in kids’ and adults, allowing toxins in the bloodstream to cross this blood vessel gateway into the skull and attack brain cells. Two minutes of cell phone exposure also disrupts the natural electrical activity of a child’s brain for up to an hour afterward.

Leading medical experts now question whether it is safe for children to use mobile phones at all. Disturbed brain activity in children could lead to psychiatric and behavioral problems or impair learning ability. Children are now being treated for medical conditions that were unheard of a generation or so ago. This together with the fact that we are being subjected to 100,000,000 times more electromagnetic radiation than our grandparents cannot be mere coincidence.

A study published last year (2010) in the International Journal of Oncology suggests that mobile phone users have a 30 per cent risk of brain tumors.

So why are we so uncaring that we put our kids in danger with unknown possible health risks and a unknown future. No long term trials have been done on cell phone radiation or Electromagnetic radiation in general. How can we treat the younger and future generations like this? Do we put our own convenience of high powered (and highly emitting EMF) technology before the health and well-being of our children and ourselves.

We at life Energy don’t want to scare monger, live in fear, or close our eyes to our (or your) kids so we have come up with a way to make them safer – The new, unique Snappy and RadiSafe cell phone harmonizers. We figured that if EMF protection is funky, fun and trendy our kids would start to treat EMF protection and themselves with respect.

What do you think?

Be the first to comment “Making teaching our kids about EMF protection Fun with the Snappy and RadiSafe.”