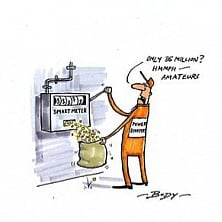 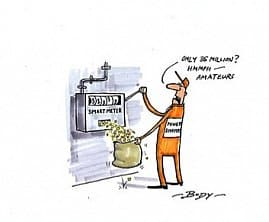 Smart Meters have been hailed as the new eco-friendly device, making the planet “greener” by reducing waste and carbon footprint. The wireless Meter reads your household power consumption and transmits this data 6-8minutes constantly to your Power Company, thus reducing the need for monthly visits by contractors reading electricity meters in our homes.

The Smart Meter also claims to lower your electricity bills by letting you know exactly how much you’re using (‘real time’) and how much you’re paying, this can prompt people to reduce power consumption at will.

But not everyone is jumping on board this eco-train..

Already a few years after their Smart Meter installation; the citizens of California have won the battle to remove this wireless device from their homes reporting adverse health effects and sky-rocketing electric bills.

Health issues ranging from headaches, dizziness/nausea, insomnia to heart palpitations caused by this forced EMF radiation has been reported by thousands and then there’s millions who were unhappy due to fires/explosions and bills which have nearly tripled since the installations.

You can also say that a Smart Meter is a violation of privacy; it is a surveillance device in our homes which at any time we don’t know who’s looking in. It is also possible for anyone with a hand-held device to gain personal information from your home. Just by looking at your data, power companies can see whether or not you’re away on holiday and which devices or lights are on in your home!

Then there’s the story of Caitlin Phillips from Santa Cruz who became the first person to have the smart meter un-installed and replaced to a classic analog meter.

She suffered severe symptoms from her smart meter. “When I returned home later, I discovered a smart meter on my house. That night I awoke to severe anxiety, headache and buzzing in my teeth and realized the new smart meter was on the other side of the wall from my bed.”

Little or no choice has been given to us energy consumers concerning installation of this new ‘Smart Meter’. I can see why Energy retailers love this idea and are spending millions of dollars to have smart meters fitted in the homes of every customer. The “Eco-Friendly” hook is their selling point to save them millions and what is sad is that they will succeed if there are still people out there who are not yet informed (or mis-informed)of the adverse effects this forced wireless EMF has in their homes.

We should have every right to protect the health and well-being of ourselves and our families against the big corporation, and I know we can. All we need to do is band together and voice our concerns. The citizens of California did it!

Power to the people – Occupy the power companies!

Be the first to comment “Smart Meters – Power to the People!”