Save your cat & How do cell phones give us cancer ? 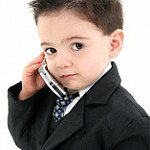 Apparently a recent study showed that more people would rescue their cellphone in a house fire in preference to their cat.  My printable comment in response is to say that cats have been shown to have a healing effect on their owners whilst here is yet another report showing that our pocket pets are giving us cancer.

This is : “an imbalance between the production of reactive oxygen species (ROS) and antioxidant defence,” according to co-author Dr. Igor Yakymenko.

“This data is a clear sign of the real risks this kind of radiation poses for human health,” Yakymenko said.

The study, conducted by American and Ukrainian scientists, “indicates that among 100 currently available peer-reviewed studies dealing with oxidative effects of low-intensity RFR, in general, 93 confirmed that RFR induces oxidative effects in biological systems.”

Yakymenko concludes that cellphone use for 20 minutes a day for five years can boost the risk of one type of brain tumour by three times, while using a cellphone for an hour a day for four years and increase the risk of some tumours by three to five times.

The National Cancer Institute in the U.S estimates that about 23,400 new cases of primary malignant brain and central nervous system cancers were diagnosed in 2014 across the country.

Yakymenko cautioned that brain and related cancers can take as many as 30 years to develop and also pointed out that the study was conducted with adult phone users that had used a cellphone regularly for 10 years or more but :

“The situation can dramatically differ for children who use cells phone in childhood, when their biology is much more sensitive to hazardous factors, and will use it over the life.”

One of the primary reasons that children are more sensitive to cell phone radiation damage is that their skulls are considerably thinnner and therefore offer less protection.

1) Limit your cell phone use and seriously discourage cell usage for your children.

2) If you make calls with the phone against your head get a RadiSafe.

3) Protect yourself from all EMF radiation with a Nu-Me or Ki-Bal.

4) FOR GOD’S SAKE if you are unlucky enough to have a house fire, rescue your cat before your cell phone!

What are panic attacks?

Be the first to comment “Save your cat & How do cell phones give us cancer ?” Cancel reply