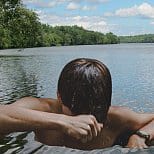 Whilst we have many happy QSB users around the world now, occasionally we get one returned to us. This particular story highlights a challenge faced by many on a healing journey. I will use this story to highlight why some people don’t heal, regardless of the tools used to facilitate healing.

Hilary (not her real name and not that Hillary) was gifted a QSB. She had some trepidation about using it but agreed to try it.

Very quickly she reported back that she was getting a sharp pain in the head, shifting to a pressure sensation which lasted beyond the end of the QSB session.

Hillary experimented with moving the unit farther away with the same results.

At this point, we communicated and suggested to her that this was a detox reaction as a result of the healing taking place. She agreed to persevere but shortly thereafter came back with a report that she had muscle tested the QSB and got a weak reaction. She then returned the QSB.

Along with her symptoms, she obviously was anxious and nervous and not engaging easily with the process – resistance.

So what is a healing detox/crisis reaction?

In allopathic medicine, this is called a Jarisch-Herxheimer reaction and is a result of a die-off of pathogenic organisms. It can also be a reaction to toxins previously locked in the cells of the body being released. Either way, it means getting worse before it gets better.

Some identified symptoms are as follows:

In energy medicine, we have a similar thing going on which can have short-term physical effects as the condition seems to take one last bite at you before departing.

This short-term energetic detox has happened at QSB demonstrations often enough that I will warn people. It can be a sudden pain at the site of an old injury that has, perhaps, not completely healed. Or, at an emotional level, it can be a sudden upswelling of long-buried emotions – perhaps pertaining to an emotive or traumatic event. Again, these tend to be swift coming and departing.

So what do I feel to be going on with Hillary and why is it different?

Well to answer this we need to go back to some fundamentals such as who are we and who is actually doing the healing?

The answer to who we are has been told to us by many cultures, religions, and belief systems. We are a union of three different beings (father, son, and holy spirit or mind, body, spirit):

1) An animal body, mammalian and having its own needs and agenda such as food, water, procreational urges (could be an ultra PC way of saying sex-drive!).

2) Then there is the mind or ego-self. This absolutely has its own agenda, thinks it’s the boss and acts like it is the main man (or woman). It also, as you know, does not like to stay silent or present. Unfortunately, we have been led to believe that it is the head (pun intended) honcho as we try to satisfy its whims. The subconscious part of this “self” is also is running some bad software – but that is another story, which we’ll come back to.

3) And third, there is your soul or spirit. This is the part that is immortal, is most closely aligned with the Universal Creative Force (substitute your own preferred name here). The soul exists solely (another intended pun) in the present moment and if you can park your own attention in the present moment the result can be a blissful reunion. It has many agendas which our mortal heads stand little chance of understanding but, ultimately, it wants to take us on a journey back to SOURCE. Tip: If you can make this the head honcho life will be heaps more enjoyable.

The next question that we need to ask is who or what is doing the healing?

Well, this is clearly a who and it is you (and me). All healing is ultimately self-healing, and this neatly explains why two people with the same conditions (even the same genetics in the case of twins) that undergo the same healing methodology can have widely different results. One might heal rapidly and the other not at all.

OK, so if this makes sense to you then we can look at the detox reaction in a new light.

We can some this up with one word: Resistance

Imagine you are floating down a beautiful river and just enjoying the view when you come to a bend. You can’t see beyond it, so you don’t know what is coming. Maybe there is a waterfall or rapids? Or maybe some scenery not as nice as where you are now?

You see some rocks in the middle of the river and so you hold on and stop your progress.

So, in this analogy the resistance is the act of holding onto the rock and, you can probably imagine the pain in your fingers from gripping on to the rock for some duration as you resist the flow of the river – this is the resulting detox.

The more you hold on, the greater the detox reaction. The part of you that is holding on is the ego-mind and this is most likely being influenced by some of that bad software I mentioned earlier – programs like “I’m not worthy”, “I am not loveable”….

It now becomes pretty clear that a major part in healing is overcoming bad software and acquiring the ability to let go. Whole books have been written about this subject but linking back to the illustrative case, Hillary was, to my assessment and without any judgment attached, balking at the pain of resistance. The fact that she muscle-tested weakly may well also be an indication that the timing wasn’t right for her.

So, to conclude, in an ideal world healing would be painless and swift. Thanks, in part to the complexities of the human condition, this is sometimes not the case. Learning to let go of the fear of what might be around the corner and trusting the intelligence behind the process are key skills to add to our skillsets so that we can overcome resistance to healing and reclaim our inheritance as healthy and complete beings.

Take Back your Power