It’s safe to say that no other object has taken on the significance and ubiquity that defines our reliance on our cell phones. In under two decades, the smartphone has transformed a basic technology – once useful for nothing more than calls and basic text messages – into something which, for many, represents a vital component of our ability to get through the day-to-day.

In many areas around the globe, much of modern life operates on the presumption that we are all tied to our phones throughout the day. Essentially, even if we wanted to distance ourselves from our devices, obligation and necessity demand otherwise.

The trouble is, while our phones may be capable of doing virtually anything we ask of them, they are not the innocuous devices that manufacturers and tech-companies may lead us to believe. While we carry our cell phones in our pockets, hold them against our ears, and sleep with them within arm’s reach, we are all extremely vulnerable to the detrimental effects of non-ionising radiation, which is emitted in significant volumes from our cell phones throughout the day.

While the term ‘radiation’ may evoke images of x-ray machines, nuclear processing plants, or microwave ovens, the fact is that radiation is far more prevalent in our day to day lives. All living creatures have been exposed to some degree of radiation since life first began, but the introduction of more and more electrical devices has increased this exposure to a shocking degree.

As with any electrical device, cell phone radiation is non-ionizing, which means that it operates at a low frequency. This is the same type of radiation we receive daily from the sun. The body absorbs this radiation, and responds to it as it would any other pollutant – by triggering an immune response designed to prevent further disruption to our energetic systems.

The human body has a remarkable propensity to heal. But, unfortunately, while our bodies are working to fight off this EMF, many of us continue face continuous, high levels of exposure. Just as there would be little hope for your body to recover from an allergic response if you continued to expose yourself to the allergen, you give yourself no opportunity to mitigate the impact of exposure when the cause is never addressed, removed, or protected against.

Yes, excessive exposure – which is what we receive each day – has a marked effect on the body. Early symptoms can range from headaches and insomnia to weakened immunity, depression, poor concentration, fatigue and irritability, but there is already wealth of evidence demonstrating links between EMFs and cancer.

Already, we are able to see plainly the impact cell phone radiation is having on our bodies, but what is even more worrying is the fact that we cannot begin to anticipate the effect this radiation will have over a significant stretch of time.

The first iPhone, for instance, was credited with revolutionising the industry and instigating the habits so many of us have now fallen into with our phones. This was just thirteen years ago. Its release was not preceded by decades of controlled testing, and it was confirmed as safe under regulations and limits that were conceived decades before it ever existed.

Vast swathes of the population are living without any cell phone radiation protection, under reassurances long-since nullified by technological advancements and constant exposure.

Of course, another factor making cell phone radiation incredibly dangerous is the lack of unbiased information available to the public. Mainstream media, and the tech giants themselves, remain ignorant of the facts, and push this misinformation ahead of true research. Many live under the assumption that they are safe, and this prevents them from limiting their exposure, or realising the importance of cell phone radiation protection.

What is the Best Emf Protection for Cell Phones?

Due to growing awareness concerning the dangers of cell phone use, there are many devices on the market offering varying degrees protection for cell phone users. Choosing a protective device that features the most advanced shielding technology – and, as a result – the most effective EMF protection available – will ensure that your can truly put your faith in the product.

Shielding against 95% of cell phone radiation, our RadiSafe devices can work in harmony with the technology in your cell phone, which ensures that you can continue to make use of all its features without the same risks to your health.

This can be used in conjunction with the Blockit-Pockit, which will offer two additional levels of protection from your cell phone when it is being stored in your pocket or bag.

Using these products together will offer the best – and most convenient – protection against your cell phone, whether you are at home or out and about. 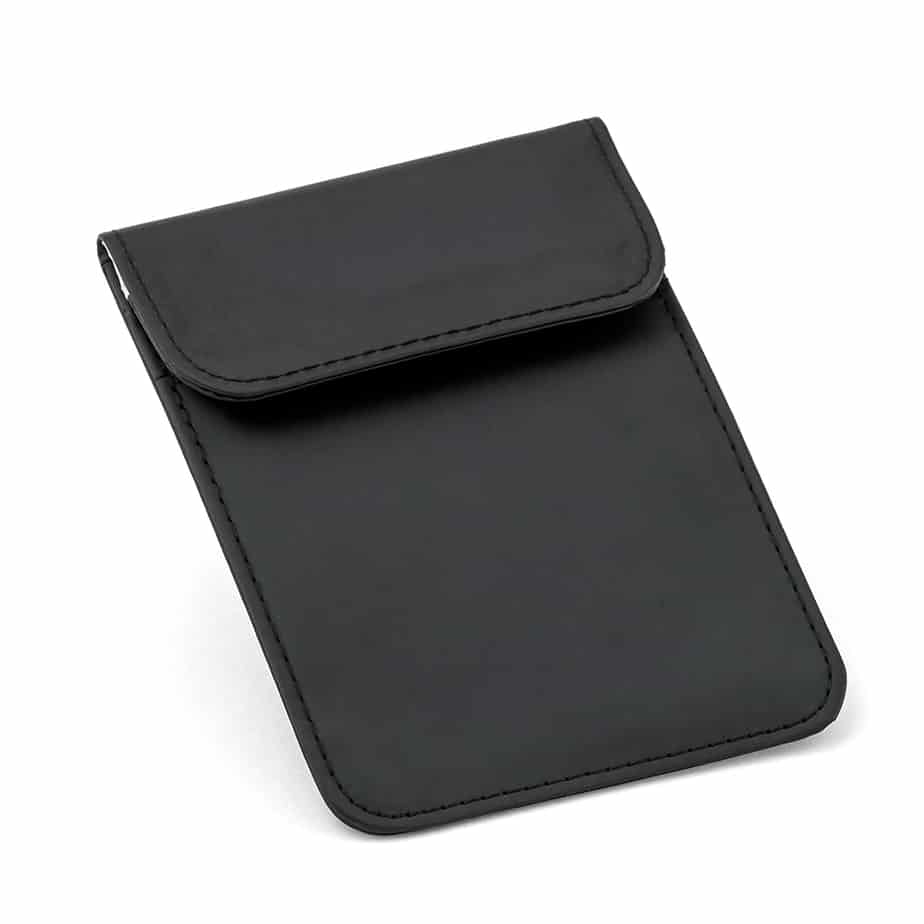 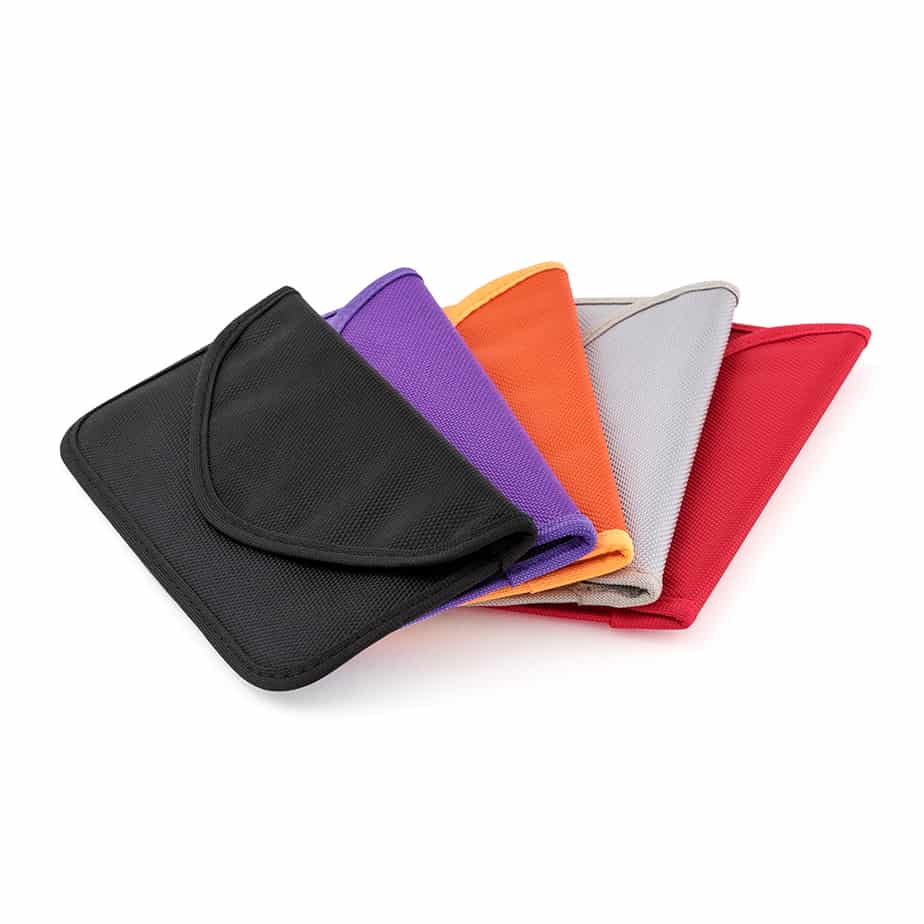 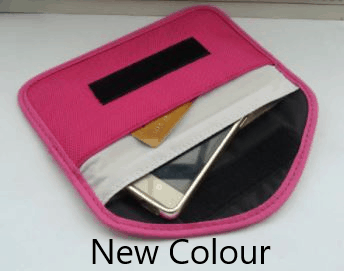 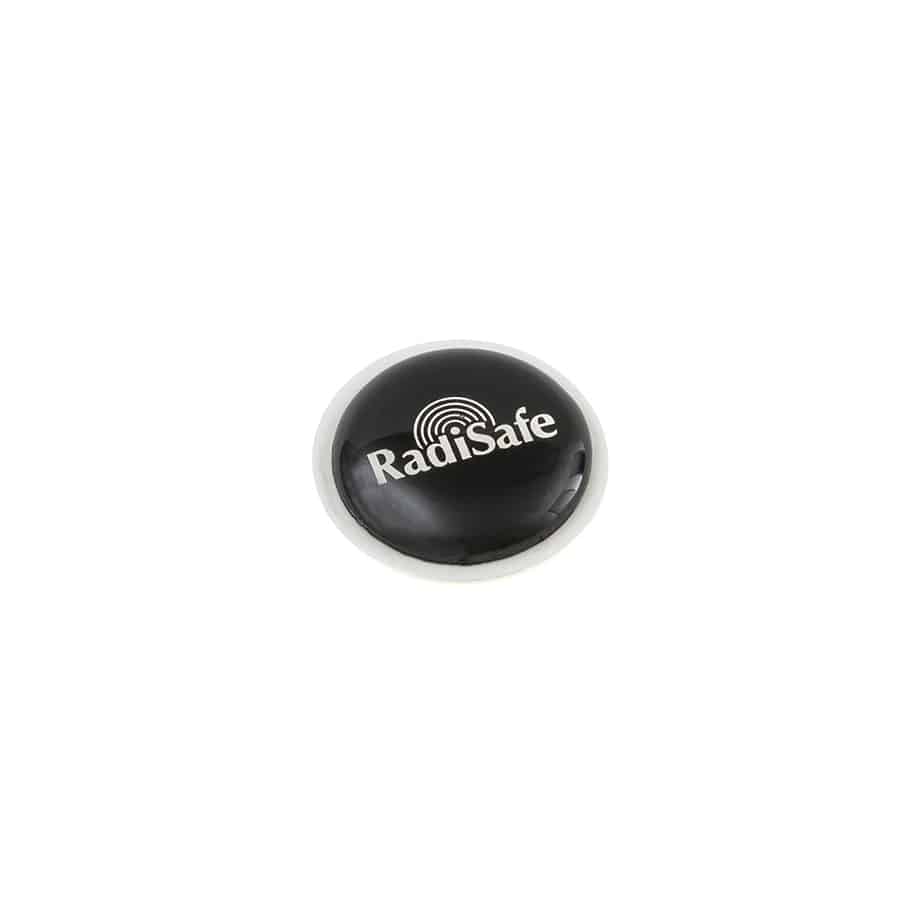 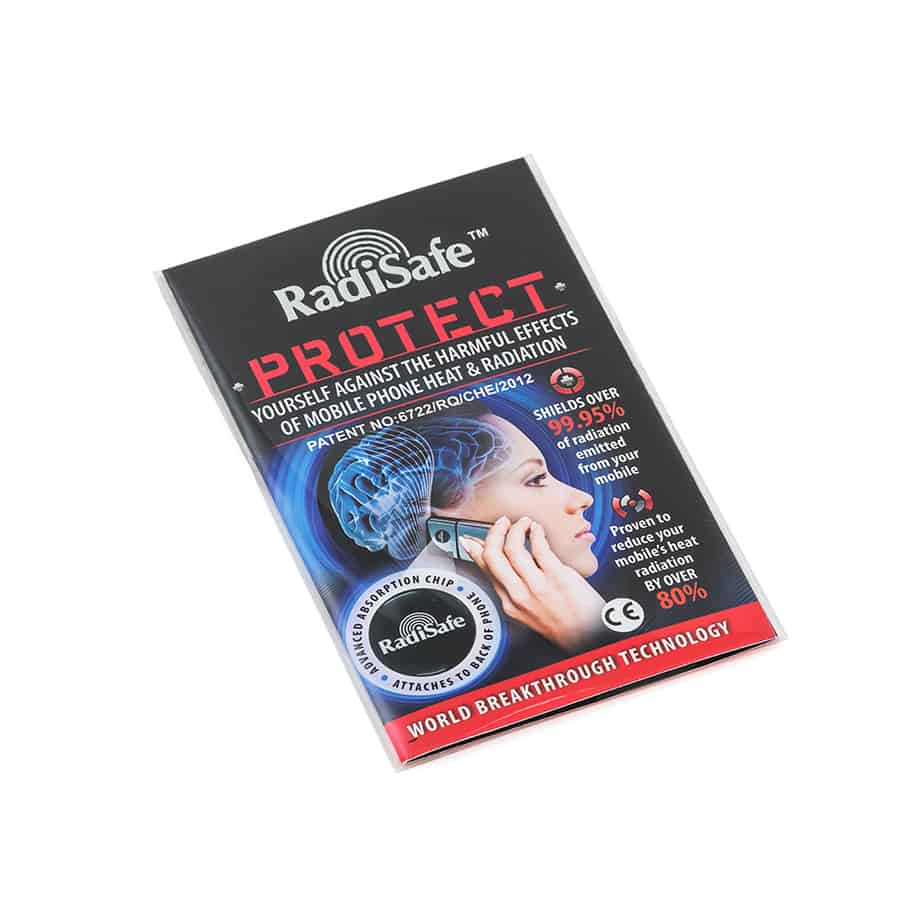 How Do These Products Work?

As with all of our products, the designs behind our cell phone radiation protection products are based on the most advanced research into EMF and shielding technology. All are extensively tested, and aim to achieve the highest level of safety for users.

Our RadiSafe device is grounded in extensive research substantiated by a wealth of scientific insight into the natural harmonising properties certain earth minerals have against electromagnetic radiation.

The easiest way to see the RadiSafe’s shielding technology in action is to observe thermal images of cell phone users before and after adding the device to their cell phone. Without any protection, the head and face are subjected to a high level of heat, and within minutes they will show as mostly red; with protection, the same area is significantly cooler.

Similarly, Kirlian photography is able to depict the level of radiation surrounding a cell phone, and extensive testing on the RadiSafe demonstrates its ability to harmonise EMF, thus making it much safer for continued use.

Within the first compartment, your phone will continue to connect with the cellular network and Wi-Fi, but the amount of radiation capable of reaching your body will be significantly reduced. Within the second compartment, where the phone will be entirely enclosed within the radiation blocking material, connectivity will cease until it is once again removed.

How Else Can I Protect Myself from Cell Phone Radiation?

In addition to using protection, there are a number of healthier habits you can practice in order to keep your exposure to a minimum.

For instance, using a wired headset for sending and receiving calls – rather than holding the phone directly against your ear – will limit the radiation being absorbed directly into your brain, just as using a corded telephone whenever you are at home will also reduce your exposure.

Similarly, practice leaving your cell phone in another room of the house wherever possible, particularly at night. Many people use their phones in bed, and even fall asleep with them tucked under their pillows. This adds up to around seven hours of unbroken exposure each night, often within inches of your head.

What’s more, getting into the habit of distancing yourself from your cell phone will also help you to achieve a better night’s sleep; rather than exposing yourself to yet more blue light just before falling asleep, you can allow your natural circadian rhythm to get back on track and wake up feeling more rested in the morning.

Until you receive your cell phone radiation protection, you should also avoid keeping your phone in your pocket or, worse, your bra. Cell phone safety assurances are based on the dated and unrealistic presumption that users will not be carrying their phones within inches of their bodies, and doing so without sufficient protection is not safe.

But it Doesn’t Stop with Cell Phones!

Cell phones receive the lion’s share of attention from those concerned over the effects of EMF, but this same radiation is emitted from all electrical devices, Wi-Fi signals, 5G and

It would be remiss to focus on the dangers posed by cell phones without spreading this awareness to the myriad other sources we are exposed to daily. And while cell phone radiation protection is vital, it will not offer sufficient protection from every source of EMF out there – particularly now, as 5G continues to permeate everyday life, and many are returning to the office environment.

Personal and zone EMF protection are powerful enough to offer more comprehensive protection against the radiation present in our homes and businesses – as well as cars, trains, and airplanes.

Throughout history, life has shown a remarkable capacity to adapt to adverse situations, climates, and conditions. Unfortunately, human beings are now the creators of a new, hostile environment that is not conducive to long, happy and healthy lives, and it is not something that to which we can simply acclimatise.

Neither, however, can we afford to give up on the technology that is now integral to our daily lives, which is why educating ourselves, recognising the dangers, and protecting ourselves against EMF must become a priority, before we wake up to find that it is too late.