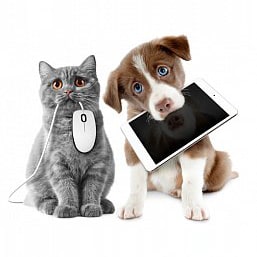 Like us animals are also affected by EMF pollution.
Our furry friends can have sudden changes in behaviour from over-exposure to EMF’s.  Behavioural signs can include increased nervousness, fatigue and fear.  Other effects from long term exposure can include cancer, heart disease, tumours and accelerated aging.  Endocrine function appears particularly harmed by the effects of EMF, there is a marked documented increase in endocrine diseases in pets over the past 20 years.

Numerous studies reveal that the homeostasis within our bodies – and those of our dogs and cats — is dramatically affected by these increasing EMF levels, with negative consequences on health.

Pets, like their owners, are facing exponentially increasing exposure rates to EMF toxicity, since we are surrounded with multiple devices much of the time. Animals and people who live in (or near) densely populated cities are exposed to dramatically higher EMF, since there are many more towers and electric systems in these regions as compared to rural areas.  Our pets spend a lot of time in our homes…probably more than we do and just like us they are affected by EMF pollution.

EMF is inescapable in the 21st century. A wireless future is where we are heading, and EMF will be more widespread in the coming years. This heavier dependence on wireless technologies can cause significant issues to you and your pets’ health. 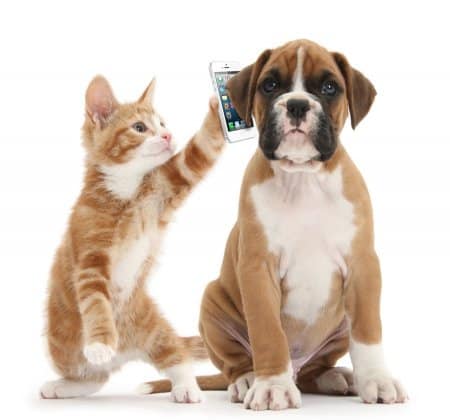 Leading authorities in hormone health and EMF safety are recommending three levels of intervention to adequately protect against electro-pollution. These interventions can help protect both you and your dog or cat.  There are various ways to protect the home including reducing the use of wireless technologies. Adopting this lifestyle can ensure that you’ll not be suffering from consequences brought by electromagnetic field (EMF) and other kinds of man-made radiation.

1. Primary intervention involves reducing exposure as much as possible.

This can be done by avoiding constant proximity to EMFs, unplugging or powering down any electronic devices when not in use. This includes appliances, televisions, plug-in bedroom clocks, WIFI routers, etc. This is arguably the most effective way of reducing EMF exposure in the home.  Using headsets for mobile phones, keeping phones in airplane mode as often as possible, etc.

2. Secondary intervention focuses on minimizing the effects of radiation.

Specific options include subtle energy technologies, diodes and pendants. These tools are designed to “harmonize” the stressful EMFs.
The NATTY PET is one such device that can be placed on your animals’ collar.  Or you can use the RADISAFE to attach to your mobile phones and cordless phones.
The ZEN STONES, P.E Bal or SHELL SHIELD can be used for zone protection around the home as well.

3. The third level of intervention is directed at strengthening the body’s metabolic systems to support correction of cell damage.

This is done through a healthy diet and lifestyle. As always, the value of a nutrient-rich diet containing foods and/or supplements that either deliver or promote antioxidant activity are beneficial.

We have many reports from users of our products of the benefits to their animals as well as themselves.

Using our products have produced noticeable changes in pet’s behaviour. Less irritability, better sleep, and better appetite have all been noticed.  Animals are also reported to actively seek out energy balancing devices such as the QSB when in use. 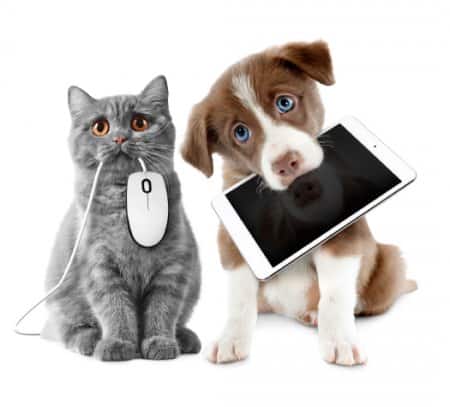 Be the first to comment “Animals and EMF Exposure” Cancel reply