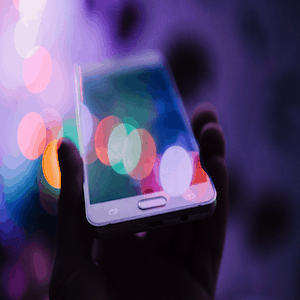 Electromagnetic field (EMF) radiation is one of the most pressing concerns of modern life. Our health, and the wellbeing of our children, loved ones, and pets, are threatened each and every day by the ever-increasing presence of EMF in our homes, vehicles, schools, and workplaces.

As we enter into a new decade — one where the threats posed by EMF radiation are forecast to increase dramatically as technologies become more advanced and ubiquitous — we must take further caution, educate ourselves on the risks to our health, and ensure that our EMF protection products are sufficient against the dangers of EMF.

Anyone who has made themselves aware of the risks of EMF radiation will know that a considerable portion of our overexposure can be attributed to unavoidable causes, such as overhead power lines and electronic devices within the workplace.

For those already aware of the dangers of EMF radiation, consciously seeking to limit our exposure to sources of EMF, such as cell phones and WiFi — and finding EMF protection products that offer relief from the debilitating symptoms of overexposure — means that we are able to take practical steps toward safeguarding our health, and maintaining peace of mind.

Unfortunately, avoiding involuntary exposure to EMF radiation is not as simple as switching off your WiFi router at night, or rejecting a Smart Meter in favour of your existing meter. Each time we leave the safety of our homes without the right EMF protection, we are exposed to high levels of radiation being emitted within public spaces. And, what’s more, with the current roll-out of 5G mobile broadband, our exposure to EMF radiation will reach higher levels than ever before.

Unfortunately, mainstream media and governing bodies continue to downplay the risks of EMF radiation and uphold safety limits that do not provide sufficient protection to humans or animals. Large swathes of the public remain unaware of the real dangers posed to them each day and continue to expose themselves to countless sources of EMF radiation without the necessary precautions.

A new level of critical thinking is needed to arm the public against a future of rising EMF radiation from sources that are difficult — if not impossible — to avoid.

What is Being Done Already?

As of January 2020, almost 200,000 signatories from experts in scientific, medical and environmental fields — along with the general public — have appealed to governing bodies around the world to reconsider the expected roll-out of 5G. Many people are rightfully concerned by the threats posed to their health by this technological advancement, and the lack of unbiased research made into the potential consequences of adding a fifth generation of digital networks into our environment.

Despite the overwhelming evidence that this will cause more harm than good, telecommunication companies, mainstream media channels, and governing bodies continue to downplay the risks in favour of the reward: high speed, low latency internet. As a result, the general public support plans for 5G, and refute outdated claims that EMF radiation poses no significant health risks. They continue to expose themselves to cancer-causing radiation without arming themselves with EMF protection products.

Involuntary exposure to extraordinarily high levels of EMF radiation is one of the most hazardous and widespread threats we face, and new, critical thinking is required to ensure that our health is protected.
Compromising our wellbeing for the sake of technological advancement is leading us down a dangerous path, and adopting a new perspective — one where improving our health is of the utmost importance, rather than improving our telecommunications — is the only way we can continue to grow, progress, and thrive as human beings.

5 Reasons Not To Have Your Laptop On Your Lap

One thought on “New Critical Thinking Required Regarding EMF”