Microwaves vs Ultraviolet: Which EMF radiation is worse? 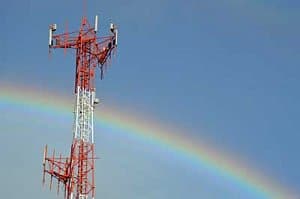 In our daily lives, we are exposed to radiation far more often than we realise. Among the many different types of radiation, the two most common that are also potentially harmful are microwave and ultraviolet. You have probably heard of both of these. Many Electro Magnetic Fields (or EMFs) can negatively affect our health, but which one of these common forms of radiation is worse? Let’s take a look at both.

We have all encountered microwaves; indeed, many of us probably have the kitchen device of the same name. You might think that because we have microwaves ovens in our homes, the type of radiation they use must be safe. But how true is this?

Microwaves are what is known as non-ionising radiation. Which means that they can only ‘excite’ atoms, but do not carry enough energy to actually remove the atoms’ electrons. Inversely, radiation powerful enough to do this is considered to be ionising. These forms of radiation can cause serious burns, gene mutations, and other very serious and acute medical problems if you are exposed to them in sufficient doses.

While microwave radiation will not harm you in such an obvious way, and many claim that it is safe, there is growing evidence that this and other forms of non-ionising radiation still have negative effects on humans, and we are still unsure of a lot of the long-term dangers from relatively new technologies that emit microwaves. It is recommended that you stay at least half a metre away from your microwave when it is on to be on the safe side. Harder to mitigate though, are the more powerful microwaves that are emitted by cell phone towers all around us as these can travel for up to 45 miles.

Most people are very familiar with the idea of ultraviolet radiation in the context of sunlight. It is the one type of radiation which is recognised and understood by virtually everyone. This is fantastic as it means that the vast majority of the public also know how to protect themselves from it.

The easiest way to protect yourself from ultraviolet radiation, of course, is simply to stay out of the sun altogether. However, this is not only impractical, but would likely deny you all sort of pleasurable experiences – not to mention an important source of vitamin D! When you are outside I direct sunlight though, it is recommended that you limit your exposure and use a good sunscreen of at least factor 50+ SPF; and at least some form of protection even on cloudy days. You also need to ensure that your sunscreen protects against both UVA and UVB rays as both of these can be dangerous.

If we were to evaluate the dangers of ultraviolet vs microwave radiation on a purely scientific basis, we would certainly conclude that ultraviolet is far worse. It can not only accelerate ageing and cause serious burns, but it is known to be the cause of more than 90% of all skin cancer cases worldwide.

However, it is precisely this knowledge that arguably makes is less of a concern. Microwave radiation, while not as acutely dangerous, is also nothing like as well understood or documented – it’s also far easier to avoid or limit exposure to the sun than to the technology in our modern world that constantly emits microwave and other forms of EMF radiation.  In this sense, some could argue, microwave radiation is actually worse.

Are Other Types of Non-ionising Radiation Harmful?

Microwaves are just one form of non-ionising radiation that potentially poses a threat. There are a plethora of electronic devices in our homes that emit high-frequency radio waves and other forms of EMFs that many feel are hazardous to health, but despite growing evidence, there has not been nearly enough research into whether humans need some form EMF protection in the modern world.

Devices like our smartphones and Wi-Fi hubs are throwing out EMFs all the time and we simply don’t know exactly what they are doing to our bodies, especially over many years. We should not dismiss them simply because they are non-ionising radiation as research has not proven conclusively that they are safe, and some studies indicate the exact opposite. The last mainstream tests to be conducted properly were run decades ago when society was a lot dependent on technology. The scientists running those tests likely never even imagined that technology would become too integrated into our daily lives.

How Can We Protect Ourselves Against EMFs?

Life Energy understands the concerns the public might have about the many form of EMF that surround us, and are proud to offer an extensive range of EMF protection products to suits a variety of needs. They have been highly tested to ensure that they are of the highest quality, and many of our customers have reported a marked improvement in their health since introducing key products into their lives.

Whether you are using the P.E.bal to a create a protective shield in your home, or you are making use of a Nu-Me pendant to provide EMF protection on the go, there are many ways you can defend yourself from the potentially harmful radiation to which we are all exposed.

We frequently dismiss a bad night’s sleep, brain fog, or headaches as incidental consequences of modern life, completely unaware that they might be the product of damage caused by the invisible fields that surround us.

You likely wouldn’t think of spending the day in bright sunshine without applying some form of sunscreen, and it’s time to start thinking about how you can protect yourself from all types of radiation; whether they are ionising or not.
Tag: emf protection, ultraviolet
Share:
Prev

5 reasons why we don’t sleep properly.

Top Tips for Reducing EMFs in Your Home

Be the first to comment “Microwaves vs Ultraviolet: Which EMF radiation is worse?”