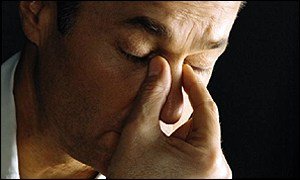 Chronic fatigue syndrome (CFS) also known as Myalgic Encephalomyelitis or ME is considered to be a modern disorder but it was written about thousands of years ago in ancient Vedic texts. It was then called Kshayaroga which means chronic weakness.

Chronic fatigue syndrome (CFS or ME) is a mysterious, complicated disorder characterized by extreme fatigue that doesn’t improve with bed rest and may worsen with physical or mental activity. It can affect anyone at any age and is most distressing. It rules the sufferer’s life completely. ME/CFC is distressing and hard to live with both for the sufferer and for their family.

What causes Chronic Fatigue Syndrome (CFS aka ME)?

No one really knows! It can occur after an infection, such as a cold or viral illness. Stress can trigger it. Or chronic fatigue syndrome can come on gradually without a clear starting point or obvious cause.

The cause of chronic fatigue syndrome may be an inflammation of the pathways of the nervous system as a response to an autoimmune process, but with nothing measurable in the blood as in other autoimmune diseases, such as rheumatoid arthritis and lupus.

Chronic fatigue syndrome may also occur when a viral illness is complicated by a dysfunctional immune system. Some people with CFS may have a low blood pressure disorder that triggers the fainting reflex.

What are the signs and symptoms of Chronic fatigue syndrome?

It is a flu-like condition that can drain your energy and last for years. People previously healthy and full of energy can be suddenly struck down with chronic fatigue syndrome aka ME.

Unlike flu symptoms, which usually subside in a few days or weeks, the signs and symptoms of CFS can last much longer. They may come and go frequently with no identifiable pattern.

In addition to persistent fatigue, not caused by other known medical conditions, chronic fatigue syndrome has eight possible primary signs and symptoms. These include:

* Loss of memory or concentration
* Sore throat
* Painful and mildly enlarged lymph nodes in your neck or armpits
* Unexplained muscle soreness
* Pain that moves from one joint to another without swelling or redness
* Headache of a new type, pattern or severity
* Sleep disturbance

Medically a person meets the diagnostic criteria of chronic fatigue syndrome when unexplained persistent fatigue occurs for six months or more along with at least four of the eight primary signs and symptoms.

“The 2 week crisis at work turned into a 2 month crisis. It has however given me the opportunity to test the Nu-Me pendant to the max, as for the last 2 months despite having M.E. for the last 20 years and normally working a 6hr day I have survived 2months of working under considerable pressure for and average of 10 hours a day. During this time often stopping only for a banana for lunch at about 4pm. I know from 20yrs experience with M.E. that I should have suffered a relapse. The Nu-Me is not a cure for M.E. but it provides an ability to cope with stress, pressure, and longer working hours than would be normally possible.

While initially skeptical as I have tried many things over the years which initially had a placebo effect, they all ultimately failed. I was delighted to find that the energy benefits have continued. I also have a Negater by my bed which has greatly helped my sleep disorder.”

In addition, people with chronic fatigue syndrome have reported other various signs and symptoms that aren’t part of the official medical definition. These include:

If you have chronic fatigue syndrome, your symptoms may peak and become stable early on, and then come and go
over time
. Some people go on to recover completely, while others grow progressively worse.

Of all chronic illnesses, chronic fatigue syndrome is one of the most mysterious. Unlike definite infections, it has no clear cause. There are several possible causes including:

Lack of medical knowledge and understanding of CFS has made determining and describing the characteristics of the condition difficult. There is no medical cure with drugs – even after thousands of years!

So what can a sufferers of CFS/ME do?

Life style changes definitely help. Rest is of paramount importance. Good food a must. Eliminate stress and worry from your life as much as possible. Build up your immune system.

See how the Nu-Me can help

Prevent Cancer without Toxic Drugs – How You Can Simply Help Yourself

Be the first to comment “Chronic Fatigue Syndrome (CFS aka ME) is thousands of years old.”