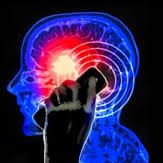 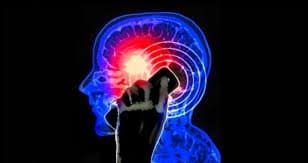 Type 3 Diabetes, insomnia and increasingly Thyroid cancer have all been shown to have links with Electromagnetic radiation. And this is just the tip of the iceberg. Although there is growing awareness about the harm that EMF radiation does to our health, wellbeing and very existence there is still much procrastination, denial and plain stupidity.

You only have to look around your own relatively small (globally speaking) circle of acquaintances, friends and family to see that people are battling health issues and that insomnia is at an unprecedented epidemic.

We need to educate ourselves and others so that we can take precautions and action. EMF radiation isn’t going to go away – it is only going to increase. So being forewarned is being forearmed. We are all on this page because we aren’t burying our heads in the sand – help others to take their heads out of their sandy graves!

Israeli scientists have found a possible link between the radiation from cell phones and thyroid cancer. In recent years there has been a steep rise in rates of thyroid cancer in Western countries with the exception of Sweden.

One experiment collected human thyroid cells from healthy patients which were then subjected to EMF radiation.

Diabetes can be caused by EMF radiation is the conclusion of the research by Dr. Magda Havas PhD. In sensitive people, which she classifies as having type 3 diabetes or environmentally triggered diabetes, exposure to dirty electricity (EMF/EMR) is enough to send their blood sugar high. The test subjects were found to have a drop in blood sugar after walking in the open air but conversely experienced an increase in blood sugar levels after walking the same time on an electrical treadmill.

There can’t be any disputing the link between EMF, Melatonin, insomnia and other serious health conditions including cancer.

These are the Conclusions and Recommendations of the late Dr Neil Cherry on his government study “EMF/EMR Reduces Melatonin in Animals 2ndSeptember 2002”:

“There is substantial and robust evidence that establish a causal relationship between electromagnetic fields and radiation reduced melatonin. Therefore there is a sound scientific basis for concluding that the melatonin mechanism is one of the established mechanisms between very serious health effects and acute and chronic exposure to electromagnetic fields and radiation. The natural signal, the Schumann Resonance signal, has a radio field intensity of about 0.1pW/cm2 and sleep disturbance was highly correlated (p<0.001) with exposure to the shortwave radio signal measured at 0.4nW/cm2. Because sleep disturbance and melatonin reduction are causally linked to many other serious health effects, a public protection standard to reduce the incidence of these health effects would need to be somewhat less than 0.1nW/cm2.

Because of the extreme sensitivity of the brain electromagnetic fields and radiation and the reaction of reduced melatonin, a melatonin based bioindicator mechanism, such as sleep disturbance, can be a very useful tool for showing that electromagnetic signal is causing many other serious health effects, including all of which are linked with reduced melatonin.”

Be the first to comment “Links between EMF, Thyroid cancer and Type 3 Diabetes, insomnia and other serious health conditions.” Cancel reply